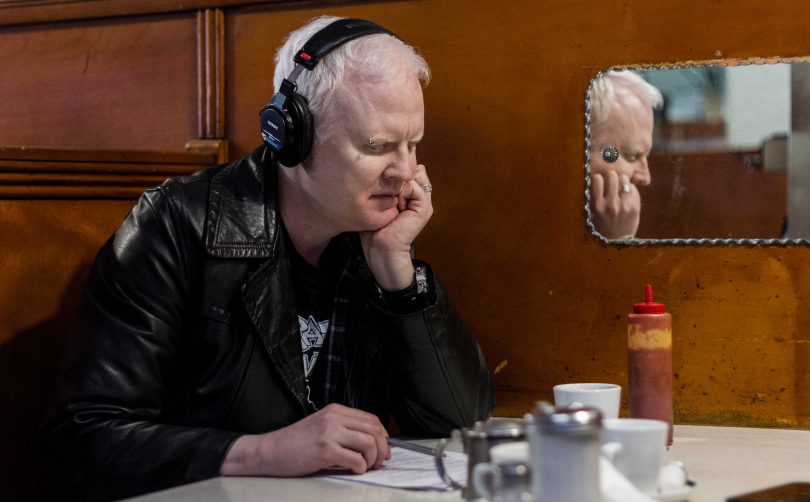 Community organizer and opioid user Garth Mullins is the host of Crackdown.

A new, monthly podcast that delves into Vancouver’s ongoing overdose crisis is set to air its second episode tomorrow (February 27) and interested listeners can catch it here.

Produced by people who use drugs, Crackdown covers topics related to drugs and drug policy and explores solutions to B.C.’s public health emergency.

The podcast is produced in partnership with Cited Media Productions and the BC Centre on Substance Use (BCCSU), whose research provides context for the stories told in each episode.

“Crackdown harnesses research to amplify community voices and document the overdose crisis,” said Ryan McNeil, podcast co-creator and a research scientist with BCCSU’s Qualitative & Community-based Research Program, in a news release. “This podcast is an extension of our approach to research, mobilizing knowledge in partnership with the community to bring forward solutions to end this health crisis and bring justice to those whose lives have been lost.”

“This is the drug war covered by drug users,” Mullins said. “We are war correspondents and these are the stories you won’t hear in traditional media, so we have to tell them ourselves. This is activism, informed by experience and driven by evidence.”

Mullins is working with an editorial board comprised of Vancouver drug user activists.

New episodes will be released the last Wednesday of every month. The first episode, titled “War Correspondents,” premiered January 30.

You can listen to the podcast at crackdownpod.com or on iTunes.