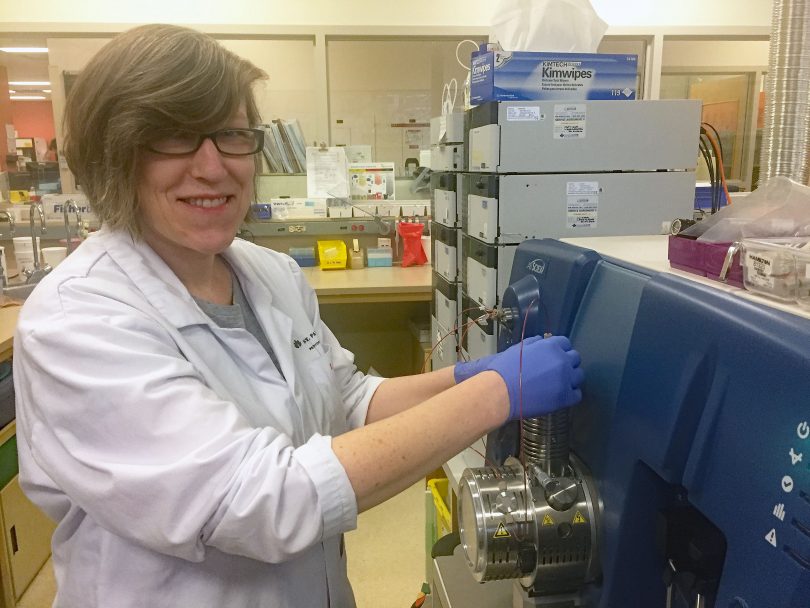 A new study, IMPACT-AD, is investigating how biomarker testing for Alzheimer’s disease impacts patients and the health care system.

For the 25,000 Canadians that get diagnosed with Alzheimer’s disease every year, an earlier diagnosis can help them get access to the right treatment and plan for the future before their symptoms worsen.

Currently, physicians rely on traditional imaging tests and observing signs and symptoms in order to diagnose Alzheimer’s. For individuals with cognitive difficulties, such as memory loss, measuring the proteins found in their cerebrospinal fluid (also known as biomarkers) has been shown to help correctly identify the underlying disease. Biomarker testing has also been shown to help predict whether mild symptoms are likely to progress to dementia.

Alzheimer’s is a progressive, degenerative brain disease that causes thinking ability and memory to deteriorate. More than half a million Canadians are currently living with Alzheimer’s or a related form of dementia. With a rapidly aging population, both the number of Canadians living with dementia and the associated costs are projected to double by 2031.

“Timely diagnosis is critical to both effective and efficient health care and to community services for individuals with dementia,” said Dr. DeMarco.

The benefits of knowing early

People with mild symptoms may hesitate to see their doctor, but there are many benefits to finding out early whether cognitive difficulties are a sign of Alzheimer’s, or something else.

On the medical front, treatment tends to be most effective when started early in the disease process. A confident diagnosis helps doctors select the right medication to treat the symptoms of Alzheimer’s disease.

On the personal front, knowing what lies ahead can help the individual, their loved ones and caregivers set priorities and prepare for the future. While there are programs in place in BC and across Canada to support those dealing with dementia, patients and caregivers often don’t access these services until they are experiencing severe difficulties.

“It is our hope that an early and accurate diagnosis encourages timely access to support services,” Dr. DeMarco said.

How could this research impact health care?

Participants in IMPACT-AD will be given the results of their biomarker tests. Their doctor will discu­ss their meaning and answer any questions. Much of the project is taking place at St. Paul’s, including biomarker testing and outcomes analysis.

In the long term, Dr. DeMarco anticipates this project will increase the timeliness and accuracy of Alzheimer’s diagnosis.

“This sets the stage for disease-modifying therapies, when they become available, helping physicians better manage Alzheimer’s progression by making informed decisions for interventions at an earlier stage of the disease to minimize symptoms, and delaying the need for long-term care,” she said.

She expects this, and more efficient diagnostic evaluation (including avoiding unnecessary referrals, lab tests, and imaging studies), will ultimately save health care dollars and resources.

This study is supported by a three-year grant from Brain Canada, the Michael Smith Foundation for Health Research, the University of British Columbia’s Djavad Mowafaghian Centre for Brain Health and the Faculty of Medicine, the Women’s Brain Health Initiative, and the St. Paul’s Foundation.