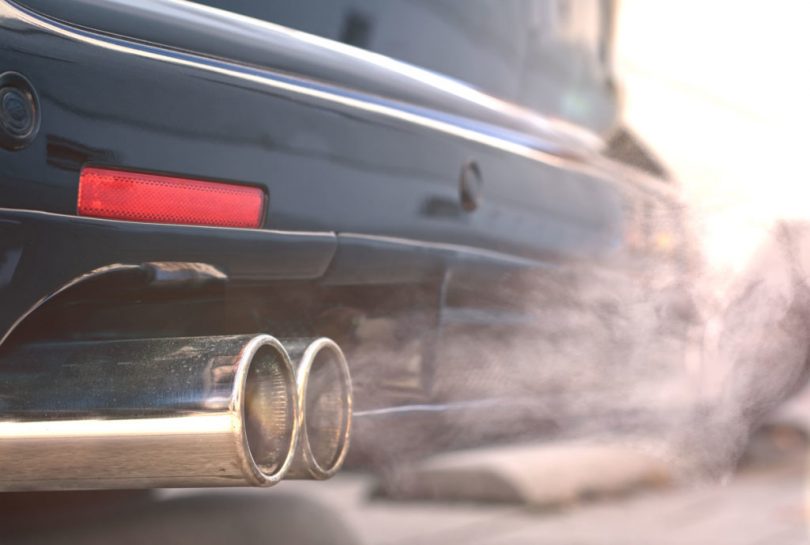 Filtered air pollution from diesel engines could make allergy-induced lung impairment worse than exposure to unfiltered diesel exhaust, according to new research from the University of British Columbia and the Vancouver Coastal Health Research Institute.

The study, co-authored by Denise Wooding, a master’s student in experimental medicine at UBC, was published online this week in the American Thoracic Society’s American Journal of Respiratory and Critical Care Medicine.

This surprising result may be due to the fact that some particle-depletion technologies, including the one used by the researchers, increase the amount of nitrogen dioxide (NO2) in the exhaust. NO2, which is subject to national air quality standards, has been shown to impair lung function and may be a cause of asthma in children.

“We previously demonstrated that diesel exhaust augmented allergic responses as well as airflow declines in people who are genetically susceptible, but we wondered if removing particles from the exhaust would lessen these effects,” said senior study author Dr. Chris Carlsten, professor and head of respiratory medicine and the Canada Research Chair in Occupational and Environmental Lung Disease at UBC, and Principal Investigator at the Centre for Heart Lung Innovation at St. Paul’s Hospital. “The take-home message is that technologies that remove particulate matter from diesel exhaust cannot be simply assumed to be beneficial to health, especially in susceptible populations.”

After each exposure, the participants underwent a commonly used test called a methacholine challenge to determine how a patient responds to an inhaled allergen. Neither the participants nor those conducting the study were aware of which exposure they had undergone before being tested. The researchers also measured numbers of white blood cells, which marshal the body’s immune response but can “overreact” to allergens, causing breathing problems.

The study was funded by the Canadian Institutes of Health Research, WorkSafe BC, and the Allergy, Genes and Environment (AllerGen) Networks of Centres of Excellence.