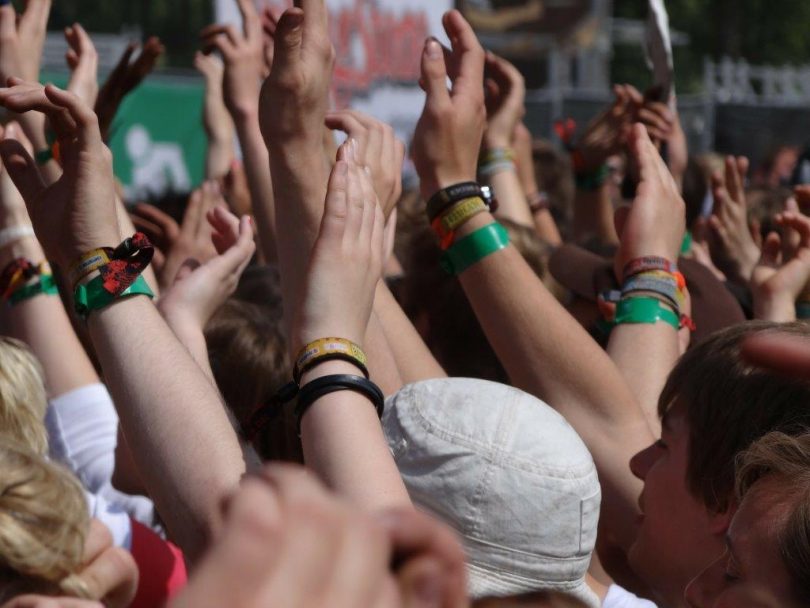 From now until mid-September, British Columbia will host more than 40 music festivals that will draw tens of thousands of fans to fields, parks, beaches and stadiums to see their favorite bands, discover new ones and just have fun in the sun.

The vast majority of festival-goers will enjoy the experience and leave with fond memories and a tan – albeit a few dollars lighter.

But some will end up in the medical tent or the emergency ward or, as in one tragic case last year, dead.

A 16-year-old BC girl attending the Center of Gravity music festival in Kelowna last July died after consuming what she apparently thought was the party drug ecstasy (MDMA). It turned out to a deadly dose of the more potent MDA, also called Sally or Sass, which induced a seizure and then a cardiac arrest.

Alcohol is most associated with medical issues at festivals

Substance use at music festivals is hardly new, but recreational drugs today bear little resemblance to the pot at Woodstock.

“The main drugs at concerts are going to be variations of amphetamines, cocaine and marijuana and maybe some ketamine,” says St. Paul’s Hospital emergency physician Dr. Joseph Finkler. Event organizers have also seen gamma-hydroxybutyrate (GHB), and a resurgence of other psychoactive substances like LSD.

Alcohol, alone or in combination with other drugs, is the No. 1 drug associated with harms at festivals, according to a report released by the Canadian Centre on Substance Abuse and Addictions.

Cannabis is omnipresent at any festival – not only 4/20 –and participants at last month’s Coachella found California’s desert dust mixed with marijuana smoke made the air barely breathable.

To date, opioids have not been a major problem at music festivals, says Dr. Finkler. Researchers interviewed individuals who provided harm reduction or medical services at music festivals across Canada in 2017 and reported no opioid overdoses. Nevertheless, the respondents recognized the potential risk and recommended that festival organizers have mitigation strategies in place, including naloxone and staff trained to administer it.

Drug checking not a stamp of approval

Preventing harm from substance use at music festivals is challenging for event organizers, health care providers and governments. Several events have introduced drug checking and testing on site but the practice remains controversial because of legal liability issues and the possible inaccuracy or misinterpretation of the tests.

Testing may confirm whether a drug is what the consumer thinks it is but may not reveal trace amounts of fentanyl or other dangerous elements. In short, authorities do not want to provide quality assurance or a stamp of approval for illicit drugs.

A slight variation in the chemical makeup of MDMA, for instance, can have a dramatic difference in how it reacts. “I’ve seen people come in with excited delirium, a symptom of amphetamine overdose,” says Dr. Finkler. “They have a very high temperature, they’re confused, agitated. Sometimes they will have a seizure, their electrolytes may be out of whack and they can go into cardiac arrest with multiple organ failure. I’ve resuscitated a couple of these types of patients over my years and neither had great outcomes.”

Festival-goers dancing all day in the sun are advised to drink plenty of water to prevent dehydration. But Dr. Finkler points out that amphetamines can affect the hypothalamus, which controls thirst and thermo-regulation. “So people will have an exaggerated thirst, out of proportion to the sweat they lose,” he says.

Ecstasy, for example, can stimulate a user to drink excessive amounts of water, thereby dropping sodium levels precipitously, leading to water intoxication and a seizure, Dr. Finkler explains. How fast one drinks is as important as volume in maintaining equilibrium, he says.

Novices most prone to drug-related harms

Dr. Finkler says most of those who experience adverse effects at music festivals tend to be neophytes rather than seasoned drug users. The inexperienced may ingest too many cannabis-infused gummy bears, for example, not realizing that it can take an hour or two for the drug to metabolize.

A number of organizations, including the University of British Columbia Mass Gathering Medicine Interest Group and the Canadian Centre on Substance Abuse are collecting data to better prevent drug and alcohol related harm at music festivals.

But festival-goers shouldn’t wait for results of that research to stay healthy and safe. The best tool is common sense.

Have a safe summer and enjoy the music.