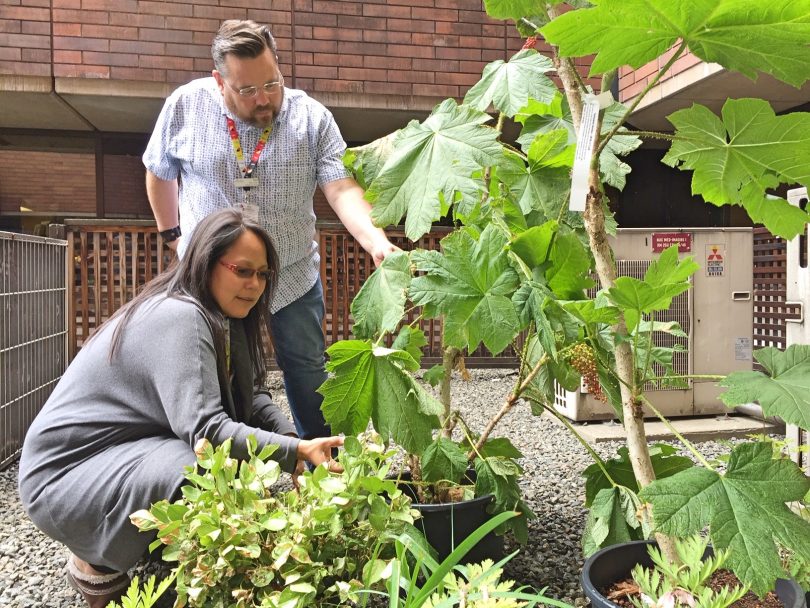 Lavita Trimble and Neil Fowler look at the devils club plant in the new Indigenous medicinal garden at St. Paul's.

The lavender that grows in front of St. Paul’s Hospital provides a pretty pop of purple for all those who walk by. While commonly grown as ornamental landscaping, the Indigenous Health and Wellness team at the hospital recognizes the flowering shrub as much more and has long made use of its fragrant sprigs for medicinal purposes.

After much searching, the team recently found a dedicated space at St. Paul’s to grow lavender and many other traditional medicinal plants that have been used by Indigenous peoples for centuries to treat a variety of health conditions.

The rooftop terrace outside the intensive care unit (ICU) is already home to a garden lovingly maintained by staff volunteers who weed and water on their lunch breaks. The ICU staff have gladly provided space in the garden for the Indigenous health team to plant things like comfrey, bleeding heart, shooting star, dandelion, chamomile, and nicotiana (a type of flowering tobacco). There are also strawberries, raspberries and blackberries.

Depending on how they are harvested, the plants might be made into tea, turned into a healing salve, or used for ceremonial purposes in the hospital’s All Nations Sacred Space.

“When we’re disconnected from our culture and traditional ways, it’s really hard for people to access traditional medicine sometimes when they’re living here in the city,” says Team Leader Neil Fowler. “While people are here as patients, it’s nice for us to be able to offer that to them.”

The team was able to buy nursery plants and seeds thanks to a grant from the St. Paul’s Foundation. Indigenous Health Worker Rebecca Hatch oversaw the purchasing and based her plant choices largely on what patients have requested over the years.

“Whenever people ask us for something we try to source it for them if we don’t already have it, and we’re always learning from patients about different medicines as well,” says Neil.

One striking new addition to the terrace garden is the Devil’s club – a tall shrub with broad leaves, spiny stems and dense clusters of bright red berries. An important spiritual and medicinal plant in many Indigenous cultures, the leaves, bark, roots and berries of the Devil’s club have long been used to treat a range of ailments – from arthritis to cancer.

The Indigenous health team is learning lots about traditional medicinal plants, and gardening too, as they fill their raised planter boxes and hanging baskets with greens, fruits and flowers. “We’re certainly not experts – and we don’t claim to be – but we’re learning,” Neil says.

“It’s something we weren’t allowed to practise for a few generations, so some of the teachings were lost,” adds Indigenous Health Worker Lavita Trimble.

As they harvest the plants for use, they leave a little something in return, such as an offering of dried tobacco. “These are our plant relatives, so it’s important that we treat them with that respect,” says Indigenous Health Worker Rose McDonald. 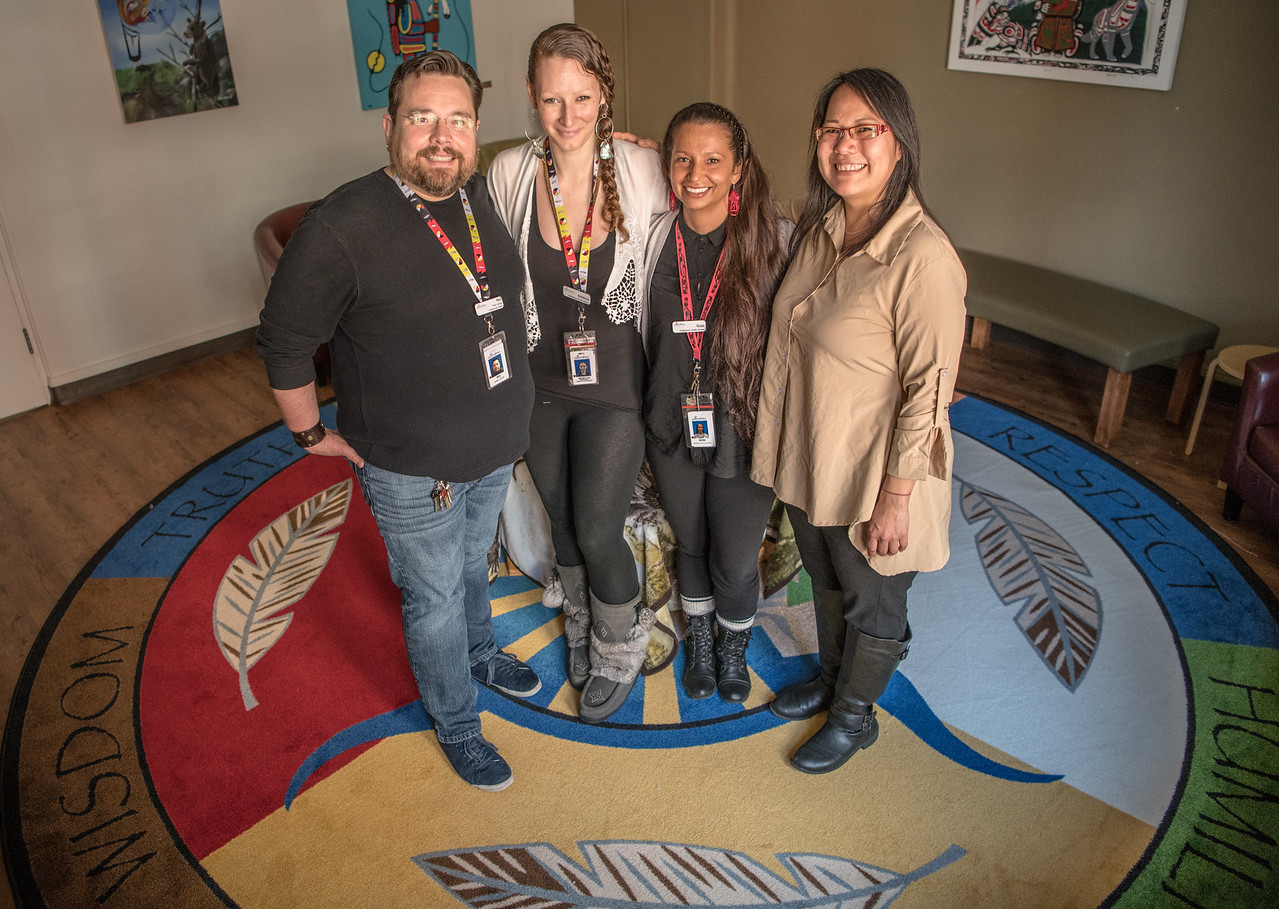 Medicine is all around us

Not long ago, the terrace outside the ICU had fallen into a state of neglect. “It was an eyesore,” admits ICU physiotherapist Ellen Woo, who hated the thought of patients looking out their windows at overgrown weeds. About four years ago, she and her fellow ICU staff gave the garden a makeover with a thorough weeding and fresh plants. Maintaining the garden is a big job, though, so she’s happy to have some extra helping hands from the Indigenous health team (that said, she’s always looking for more volunteers to help tend the garden).

Meanwhile, Fowler and his team like growing their plants in a space that’s so visible to patients.

“Even if someone isn’t Indigenous, to know that there’s traditional medicines growing all around them is really meaningful and we like to think they’re still going to get some of the healing from that just by being so close,” he says.