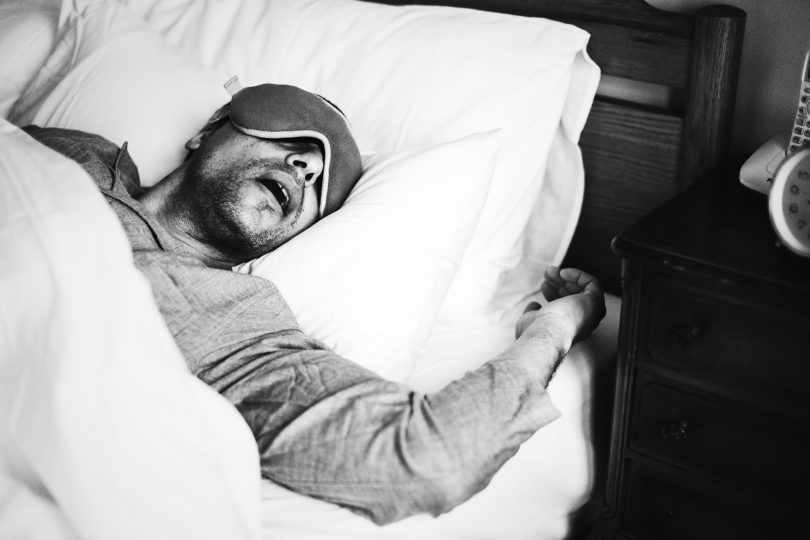 The next time you nudge your partner in the middle of the night to stop snoring, consider that he or she may have a far more serious problem – one that could lead to cardiovascular disease, stroke, diabetes, cancer, motor vehicle accidents, even death. The prevalence of sleep apnea is on the rise along with the consequences of it. But a lot of sufferers are asleep at the wheel, not knowing that they have it.

He adds that, left untreated, the risk of developing cardiovascular disease is three times the norm for people without the disorder, the risk of crashing one’s car three to 10 times the typical incidence rate.

Counting airway closures instead of sheep

Obstructive sleep apnea is a sleep disorder in which breathing repeatedly stops and starts. The patient’s throat regularly collapses, briefly cutting off the airway and resulting in frequent micro-awakenings and low oxygen levels during the night. Common symptoms are snoring and tiredness. Sufferers subsequently wake in the morning feeling unrested and unrestored. 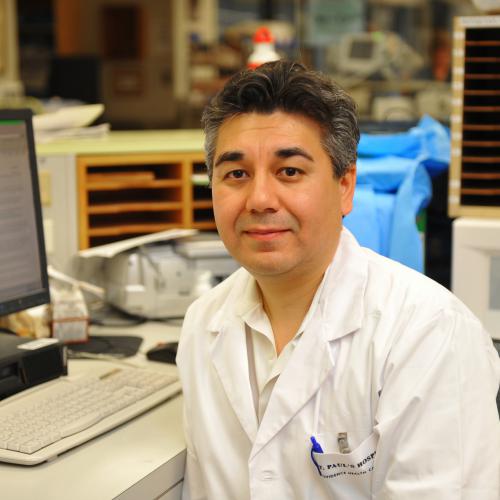 Like some other disorders, sleep apnea has a spectrum, usually based on the number of times airways close within an hour of sleep. More than five times an hour is entry level sleep apnea, 15 times diagnosed as moderate, and 30 times or more as severe.

Ayas says that sleep apnea also increases the risk factor for hypertension, and is linked to depressive type symptoms, and reduced quality of life and productivity. It’s associated with obesity and age. If a first degree relative has it, the risk of developing it increases up to threefold.

According to US data through the American Academy of Sleep Medicine, obstructive sleep apnea affects three times as many men as women, and the majority of adults with this treatable condition go undiagnosed. However, Ayas contends that the latter stats are improving.

“Ten years ago, approximately 80 to 85 per cent of sleep apnea patients were undiagnosed. Now thanks to increased awareness and understanding of it, that figure is probably closer to 50 per cent,” says Ayas.

Despite the recognizable and audible features of sleep apnea, barriers to diagnosis and treatment persist, especially if you don’t have a partner available to witness the symptoms first-hand.

“There aren’t many accredited sleep laboratories in BC, less than 10 in total. There’s also a lack of other diagnostic capabilities as well,” says Ayas. “I get the impression that a lot of people are diagnosed by CPAP vendors who will then sell the machines to patients which, while improving access, has its pluses and minuses.”

The notorious CPAP machine, often portrayed in a comedic manner in TV and movies, is effective if used as prescribed. The patient is required to wear a mask attached to a device that blows in ambient air from the room under positive pressure, keeping airways from collapsing at night – the opposite of a vacuum. It substantially improves cognitive function in patients and reduces risk for heart disease.

“The problem is the average adherence rate is only 50 per cent. Most people can only tolerate them four hours a night. Then again, some have said the machine has completely changed their lives. They love it and can’t sleep without it,” adds Ayas.

Ayas admits it’s not a perfect solution and new options must be uncovered given the disorder’s high prevalence, especially in the face of an aging population. Whereas sleep apnea had a 1990 prevalence rate of nine per cent in men and four per cent in women, it’s now as high as 20 per cent.

Treatments aside from the CPAP machine include a retainer-like dental appliance that pulls the lower jaw forward, preventing the throat from closing. Some patients have hypoglossal nerve stimulators implanted to move the tongue forward and keep the airway open during sleep, but Ayas says that surgical solutions aren’t always beneficial. Weight loss helps but doesn’t always work completely.

For those who wish to avoid sleep apnea, don’t use sedatives or alcohol, and don’t smoke – the latter triggers inflammation. Also, it’s worse to sleep on one’s back than one’s side; some people have positional sleep apnea.

While St. Paul’s Hospital and Mount Saint Joseph Hospital don’t have sleep centres, they offer overnight oximetry (A pulse oximeter is attached to your finger to help assess your breathing by measuring the oxygen saturation of arterial blood. It also measures your heart rate) on an inpatient and outpatient basis to screen for sleep apnea. If the oximetry result is suggestive of sleep apnea, patients may be started on CPAP and sent for follow-up to their GP or referred to UBC Hospital’s Sleep Disorders Program.