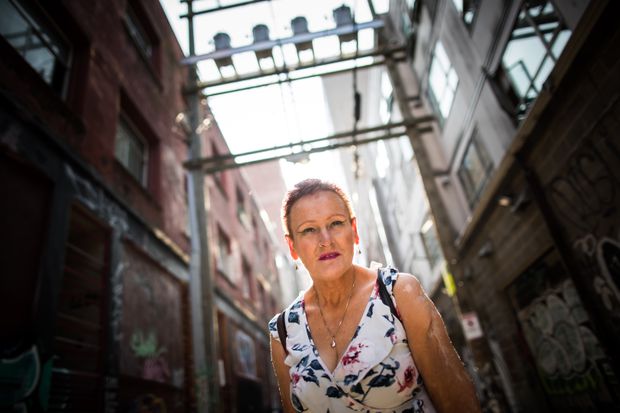 Melanie Pratt began injecting heroin at age 38 in an effort to deal with the trauma of losing both her parents. (Photos courtesy of Darryl Dyck / The Globe and Mail)

Rebecca Bligh knows her proposal for Vancouver to support the sale of low-priced cannabis in the Downtown Eastside to help people break free of opioids is not based on rock-solid science.

But the municipal politician says the overdose crisis in the historic heart of the city is so dire that it is worth pursuing, based on emerging evidence that the substance with no known fatal dose could be a substitute for those addicted to deadly drugs.

Scientists at the government-funded B.C. Centre on Substance Use (BCCSU), an agency deeply involved in tracking the harms of and potential solutions to the overdose crisis, support Ms. Bligh’s motion.

BCCSU epidemiologist M-J Milloy said new research suggests people are using cannabis to reduce the damage from opioid use, and evidence from the United States shows that jurisdictions with a medical cannabis system have lower rates of opioid overdose, opioid prescriptions and dispensations, and hospital admissions.