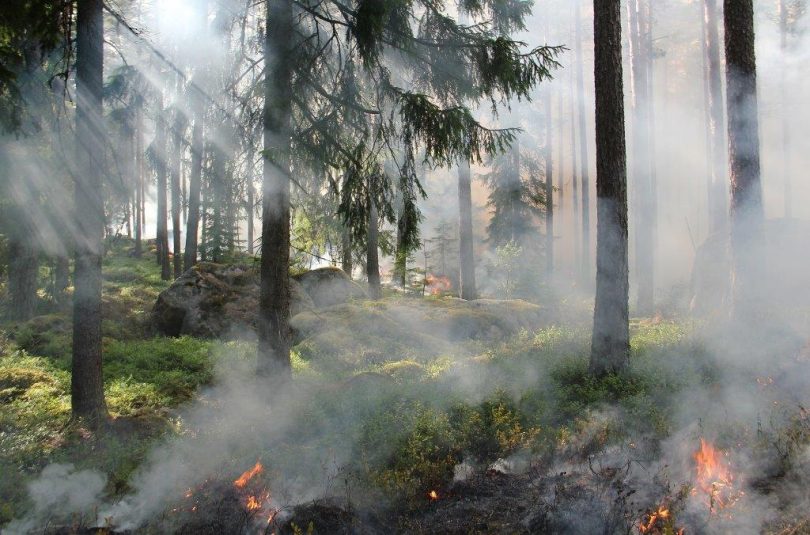 Forest fires can lead to respiratory, heart and even mental-health problems

After two consecutive summers of severe wildfire, the Lower Mainland is bracing for another one.

Just this weekend, a wildfire was burning around West Vancouver, disrupting traffic on B.C.’s Sea-to-Sky Highway.

B.C. Wildfire Service has documented drought conditions and higher-than-average temperatures in 2019. It reported 371 fires to date in the current fiscal year. So far, the Air Quality Health Index value (the government’s measure of health risk) remains low across much of the province.

But that could change quickly if wildfire and weather conspire to shroud Vancouver and environs in smoke.

“During wildfires you have this massive increase in air pollution particles and gases and at those times we certainly see an increase in the number of emergency visits for respiratory problems like asthma or COPD or even pneumonia and also heart disease, like heart attacks, heart failure and stroke,” says Dr. Don Sin, staff respirologist at St. Paul’s Hospital and the Head of Respiratory Medicine at Providence Health Care. “These things become fairly common during periods of acute air pollution exposure.”

These usually clear up when the air quality improves, Dr. Sin says.

For most people, then, the negative effects of wildfire smoke are transitory.

However, those who suffer a heart attack or stroke or an asthma attack that impairs lung function will suffer longer-term consequences.

How does wildfire smoke cause a heart attack or stroke? Dr. Sin explains that many middle-aged and older men and women have plaques in their blood vessels. Generally they don’t cause much trouble. But during heavy air pollution exposure, we inhale particles and gases that cause inflammation, first in the lungs and then in the bloodstream. The inflammation (which is the body’s attempt to clear the particles) causes the plaques to rupture, break off and block a blood vessel.

If the blockage is in the coronary vessels, it could cause a heart attack. If the affected blood vessel is in the brain, the result is a stroke.

Smoke and our mental health

Smoky skies don’t just cause respiratory problems, they can affect our mood. “People get depressed,” Dr. Sin says. “We don’t really know why that’s the case. Whether it’s the result of not seeing the sun and the brightness or whether the particles themselves have a direct effect on the brain is uncertain. But there’s definitely a dampening of the mood in the general population and particularly among those with a mood disorder during periods of acute exposure.”

For people with underlying cognitive disorders, their abilities to think, process and concentrate also decrease during these periods, he said.

Although the exact mechanism remains a mystery, one theory holds that when we inhale PM2.5 particles (less than 2.5 microns in diameter) that cause inflammation in the lung, the inflammatory molecules enter the bloodstream and travel to the brain resulting in brain inflammation.

“This can have a variety of effects, including cognitive decline, depression, irritability and so forth,” Dr. Sin says. “If you’ve ever wondered why you’re depressed on a foggy, polluted day, that’s one of the reasons.”

Another factor could be the absence of colour on a smoky day. “We like to see a variety of different colours that elevate our spirits. And when we can’t see it, that can contribute to a foul mood.”

The sun is perhaps the most powerful mood elevator. When its brightness is obscured, it can make us depressed. In fact, one of the treatments for depression in hospital is light therapy, Dr Sin notes.

Tips to deal with smoky days

To cope with days of intense smoke — and there were 22 days under air advisories last summer — Dr. Sin suggests the following:

While there are thought to be no long term effects from acute wildfire smoke exposure for most healthy individuals, Dr. Sin warns there isn’t research to definitively show that.

His advice? Use extreme caution during heavy wildfire seasons and take all necessary precautions to protect your health during and after exposure.