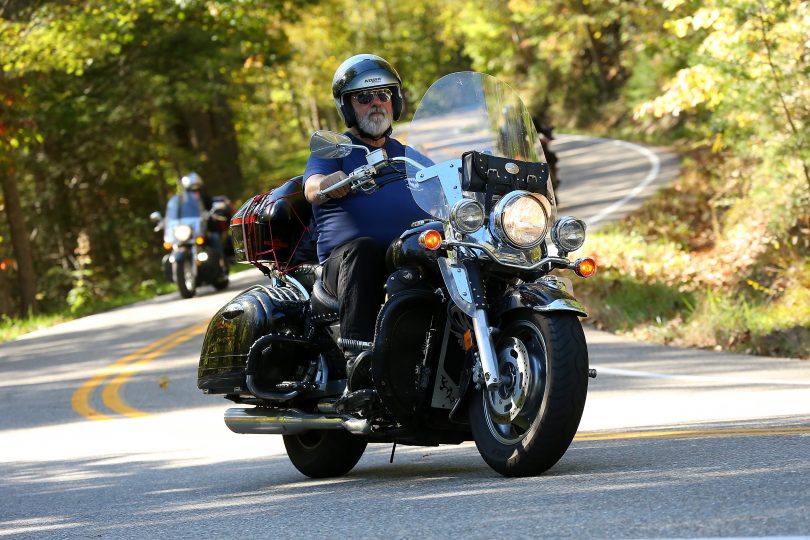 Two summers ago, White Rock resident John Jefferson and his wife Shannon were in eastern Washington State, doing what they’ve loved doing for four decades – riding their motorcycles, enjoying the wind and the open road.

Then in one quick moment, his life changed and a health nightmare began.

A deer abruptly jumped into his path. John struck it and hit a guardrail. A key bone in his ankle, the talus, burst right out of his right foot – it was “extruded,” says John, who is 71.  Shannon had the presence of mind to grab the bone in the event it could be preserved in some way.

She was right: John was airlifted to a Seattle hospital and doctors there surgically reinserted it.

But back home in White Rock, the wound got infected and he required regular intravenous antibiotics.

John faced the prospect of amputation

Things improved somewhat, but then by spring 2018, the ankle got so bad that doctors were considering amputating his foot.

John, who’d been confined to a wheelchair since the accident and subsequent surgeries, refused to even consider an amputation. He vowed to find a way to walk again.

He began researching 3D-printed talus bone replacement. He found that doctors at Duke University Medical Center in North Carolina had performed the operation. They could do it but the cost would have been prohibitive: $100,000 US. The 3D bone itself, which a Texas company could make, cost $12,000 US alone.

Enter Dr. Alastair Younger, a St. Paul’s Hospital orthopedic surgeon. Dr. Younger contacted Duke about doing the surgery with his team at St. Paul’s. He saw it as an excellent option for John and moved forward to get the Texas company to make the 3D bone.

There was a snag, though. The cost of the artificial replacement bone, made of titanium, wasn’t covered by Health Canada, which deemed the surgery experimental.  The two kept the pressure on, and then finally on May 24, Dr. Younger and his team conducted the first 3D talus bone surgery and total ankle replacement in Western Canada. 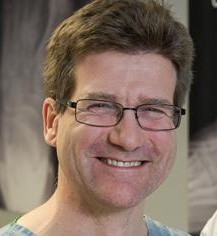 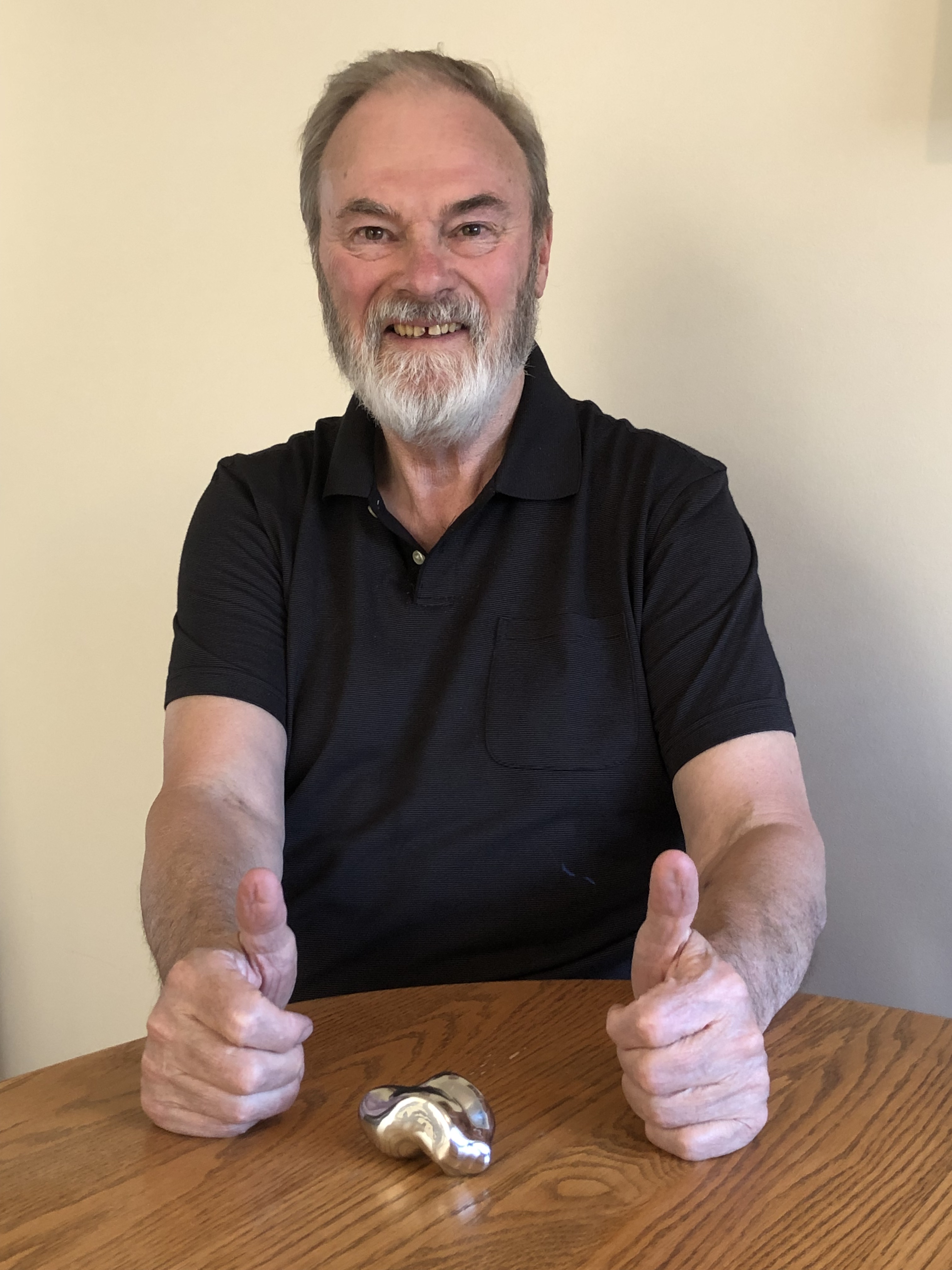 A 17-ounce (under half a kilogram) strong metal talus bone now rests in John’s ankle. A model of it sits on his living room table, a reminder that patients and their care team can work together to find solutions.

After two years in a wheelchair, he is starting to walk again, just short distances – 100 metres or so at a time. He’s driving, too. He got on his feet only six weeks after the operation. “The recuperation time would have been a lot longer if my foot had been amputated,” says John.

“The psychological issues would also have been extremely heavy.”

The surgeon has been approached by others to get the 3D surgery. He says the benefits are endless. “The 3D bone is cheaper than a prosthetic,” he says. “And the outcome for patients – the potential to walk again – is priceless.” 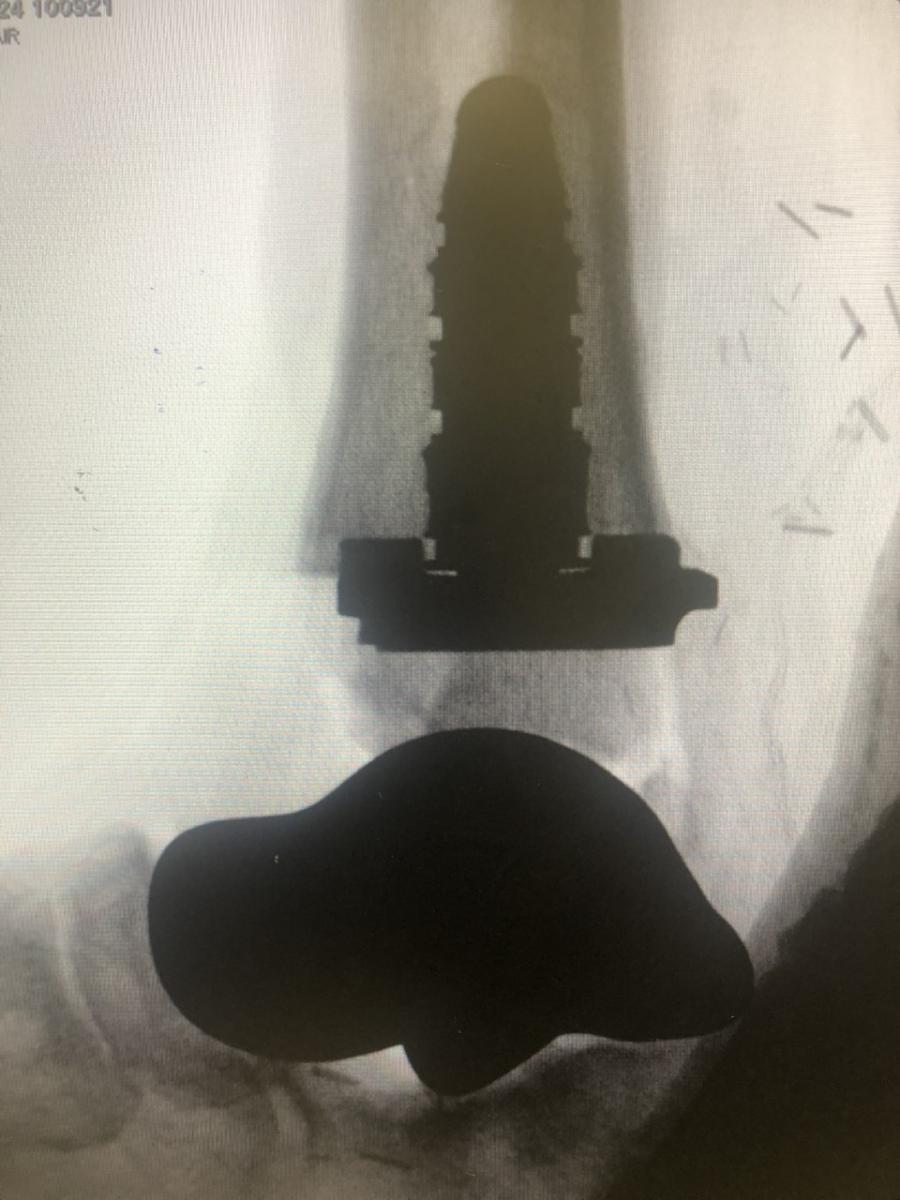