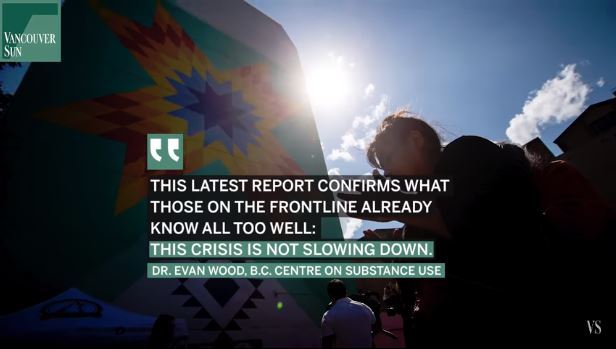 Benzodiazepines don’t respond to emergency treatments such as naloxone, or Narcan, which usually temporarily reverses the effects of an opioid overdose. Instead, drug users are left groggy, disoriented and suffering from memory loss. That means users may remain unconscious even after naloxone is administered, according to Overdose Prevention Society director Sarah Blyth.

Dr. Keith Ahamad, a researcher at the B.C. Centre on Substance Use (BCCSU), said these overdoses are becoming more common at St. Paul’s Hospital.

Story also found on the Province, Gananoque Reporter, and the Canadian Homesteading.