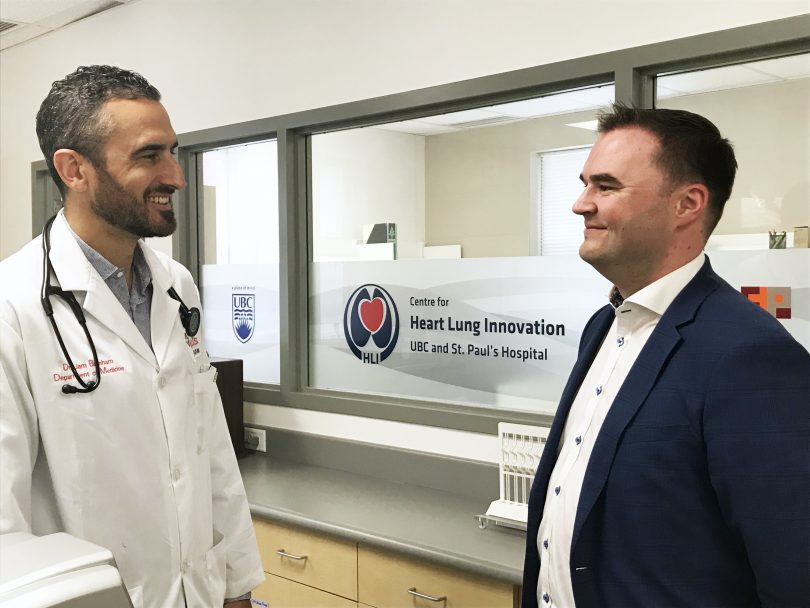 Dr. Liam Brunham chats with patient Richard Myers in the lab at the Centre for Heart Lung Innovation at St. Paul's Hospital.

When Vancouver accountant Richard Myers complained of chest pains in the spring of 2018, he chalked them up to the stress around tax season and its many 12-hour workdays.

But the pains persisted. So Myers, then 36, underwent tests, including a CT scan. A more invasive angiogram procedure to identify coronary blockages was ruled out because he was thought to be too young.

Surprisingly, the CT scan found a 40-50 per cent blockage in one of his cardiac arteries and in October, in he went for an angiogram at St. Paul’s Hospital. The news was even worse – he had a 95-per-cent blockage.

He immediately underwent a balloon angioplasty to open up the blockage.

Myers says he was told that had he been older, he likely would have had the angiogram earlier. “But I was 36 and no one could believe it might have been heart disease.”

Myers, now 37, and other young people like him are the focus of a new study released today by the Journal of the American Heart Association.

Researchers, including several from St. Paul’s and Vancouver General Hospital, used the Cardiac Services BC data bank to look at trends around young patients (men under age 50 and women under age 55) between 2000 and 2016. It reviewed information from 12,519 young adults. 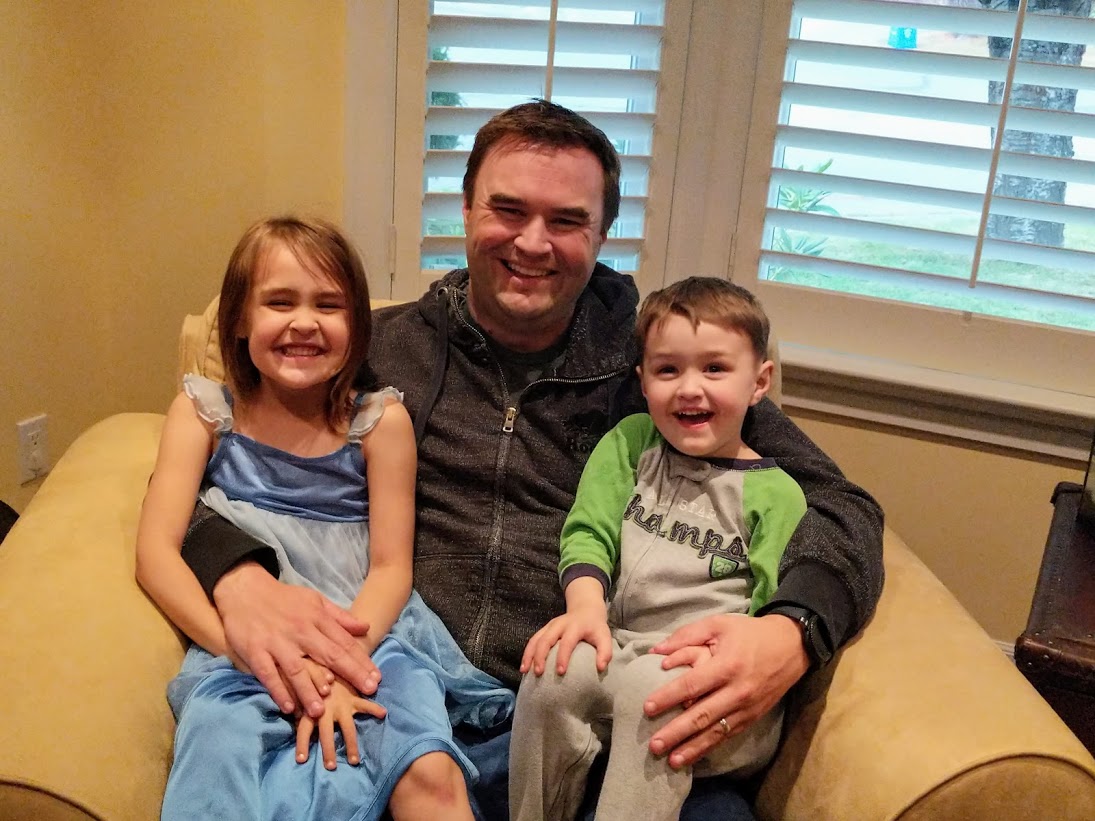 Richard Myers and his children. They will be enrolled in a study exploring genetic factors in heart disease.

The study found that the incidence of cardiovascular disease in this group did not decrease during the period, despite an overall decrease in cardiovascular events and death in the general population over the past two decades.

The study also found that women who were diagnosed with premature coronary disease had a significantly greater risk of dying from their heart disease compared with men.

The retrospective study (so-called because it is a look back at data) concludes that there is a “greater need for effective screening and primary prevention strategies in the high-risk, young-adult population” and a need to look more closely at gender differences and risks.

The results present a growing challenge, says Dr. Liam Brunham, co-principal investigator of the results together with Dr. Simon Pimstone. They are both with the Centre for Heart Lung Innovation at St. Paul’s Hospital (Dr. Karin Humphries, who researches gender differences in heart patients at St. Paul’s, also contributed to the research).

SAVE BC study will identify high-risk families

“Young patients with heart disease are in their peak earning years,” says Dr. Brunham. “They are building their families. The research presents significant personal and societal implications.”

The study raises questions about why heart disease among the young isn’t on the decline. It could be due to genetics or lifestyle, says Dr. Brunham. “The study did show worrying increases in obesity, diabetes and hypertension in the young. The next step is to look into these areas.”

Myers is one. He was tapped to be a participant right after his cardiac event. He has two young children and because SAVE BC is investigating possible genetic factors, they will be enrolled in the study when they’re teens.

“There’s more knowledge around genetic aspects of heart disease so to know that my children will participate in this study gives me so much hope. I never want them to come as close to a possible heart attack or stroke as I did.”

The JAHA study was funded by the St. Paul’s Foundation, UBC & VGH Foundation and others.