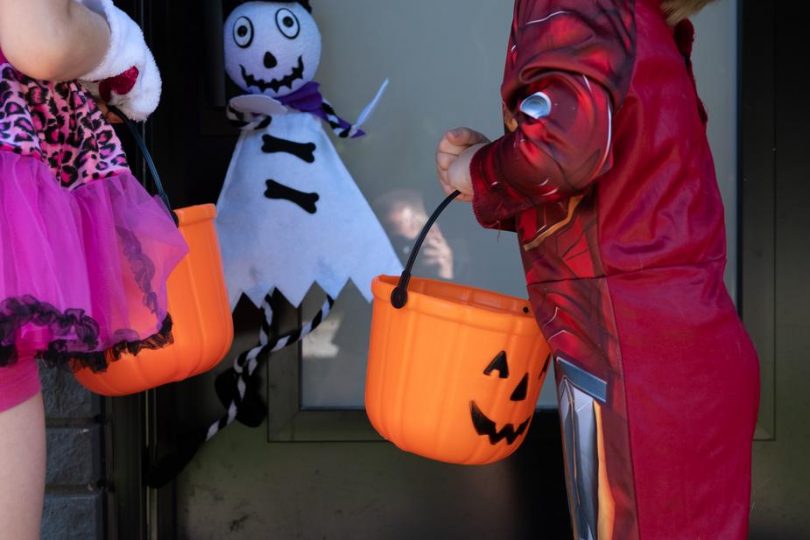 In the spirit of Halloween safety, many local groups and organizations are sharing helpful tips to ensure kids and adults have a fun and harm-free evening.

According to ICBC, last year 370 people were hurt in 1,000 crashes on Halloween, a substantial increase over 2017 when 290 people were injured. The insurer has a list of tips to stay safe on the roads. Meanwhile, BC Children’s Hospital notes that fall is the most common season for child pedestrian injuries and has created a list of door-to-door dos and don’ts.

Vancouver Police are also reminding the public to keep safety top of mind by following these simple safety tips. And BC Emergency Health Services, who report that paramedics every year treat preventable injuries involving trick-or-treaters, are also sharing advice for a safe and fun Halloween.

Findings from a 2018 study underline the importance of taking precautions on the road on Halloween night. The following story, adapted from a 2018 UBC press release, offers some sobering statistics.

On Halloween night, little ghosts and goblins will swarm the streets in search of spooktacular sights and sugary treats. It’s a fun-filled, candy-fueled night, but it can also be deadly for pedestrians – especially young ones – and grim new research findings reinforce the importance of playing it safe.

According to a study published today in JAMA Pediatrics, a significant increase in child pedestrian fatalities occurs on Halloween.

“Collecting candy by ‘trick-or-treating’ through the neighborhood has always been an exciting part of Halloween,” said lead researcher Dr. John Staples, a scientist at the Centre for Health Evaluation and Outcome Sciences (CHÉOS) and a clinical assistant professor of medicine at UBC. “And in recent decades, Halloween parties have become popular in bars and on campuses across North America. We wondered if the combination of dark costumes, excitement, and alcohol made the streets more dangerous for pedestrians. Our findings suggest that it does.”

Along with UBC undergrad Candace Yip and University of Toronto professor Dr. Donald Redelmeier, Staples examined 42 years of National Highway Traffic Safety Administration data on all fatal traffic crashes in the U.S. between 1975 and 2016. The researchers compared the number of pedestrian fatalities between 5 p.m. and midnight on Halloween with the number during the same hours on control days one week earlier and one week later.

The investigators found Halloween was associated with a 43 percent increase in the risk of a pedestrian fatality. For children between four and eight years old, the risk was 10 times higher on Halloween than on control days. The average Halloween resulted in four additional pedestrian deaths and almost all additional fatalities were children or young adults. The most dangerous time was from 5 p.m. to 8 p.m. The increase in risk occurred throughout the U.S.

The researchers recommend that neighbourhoods consider making their area car-free on Halloween. They hope to remind the public not to drive after consuming alcohol, cannabis, or other drugs. They also urge drivers to slow down in residential neighbourhoods, suggest parents talk to children about street-crossing safety, and recommend that younger children are supervised while trick-or-treating.