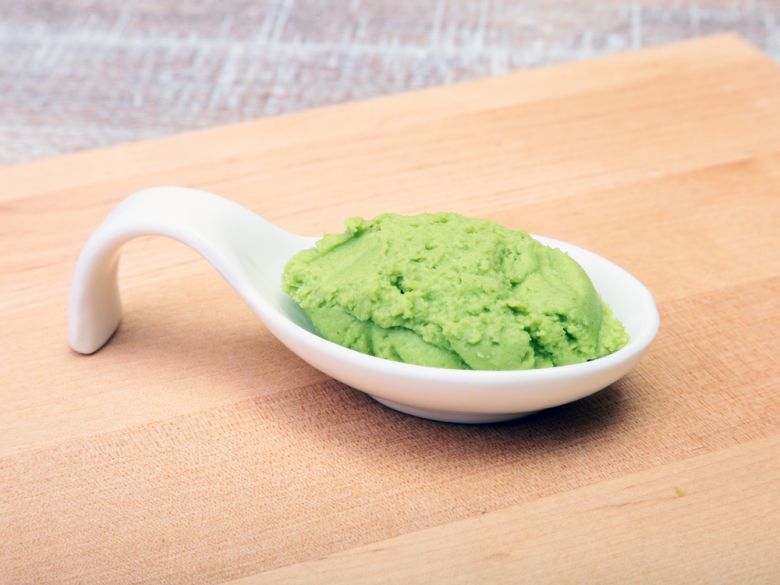 An Israeli woman recently made the unfortunate error of eating too much wasabi at a wedding. She had mistaken the pungent, green Japanese horse radish for an avocado, consumed a good teaspoonful, then developed crushing chest pains.

Doctors discovered the 60-year-old woman had suffered an attack of a little-known, little-researched type of heart dysfunction called Takotsubo Cardiomyopathy.

“It’s a temporary condition thought to be caused by an over-stimulation of the heart due to emotional or physical causes,” says Dr. Annie Chou, a cardiologist at St. Paul’s Hospital. She says the heart’s stress receptors are thought to get overwhelmed, preventing the heart from contracting properly.

Another reason could be that small micro vessels of the heart may tighten up during an episode and do not allow for proper blood flow, she says.

For the Israeli woman, the wasabi was physically stimulating to the point of stressing her heart. The case was the first known incident in which wasabi played a role in a Takotsubo event. It was so novel that it was written up in the British Medical Journal. 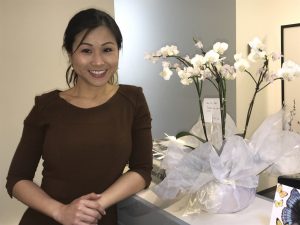 Dr. Chou says that that during an event, the bottom part of the heart – the apex of the left ventricle – is weakened by a surge of stress hormones such as adrenalin. This prevents that part of the heart, its main pumping chamber, from pumping enough blood to the rest of the body. The left ventricle balloons out into the shape of a Japanese octopus trap, known as a takotsubo. Japanese researchers  first identified the condition in the 1990s.

It mostly affects postmenopausal women, which is another example of how sex differences can show up in heart health, notes Dr. Chou.

She recalls a case at St. Paul’s where a male patient was in hospital for a heart attack, only to have his wife show up on the same ward the next day with Takotsubo. She had become so stressed about her husband that it caused her attack. In some cases, the death of a husband can trigger an attack, too, giving rise to another term for the condition, Broken Heart Syndrome.  Yet another term is stress cardiomyopathy.

Dr. Chou says an intense physical or emotional shock or trauma can bring on Takotsubo, including:

She recalls one patient who had overturned her kayak in a route full of rapids. “This brought on a sudden amount of stress and led to her attack.”

Dr. Chou says a diagnosis of Takotsubo can be difficult because its symptoms mimic those of a heart attack, including:

What makes a diagnosis more difficult is that blood tests reveal elevated levels of the enzyme troponin. These are also higher during a heart attack.

To rule a heart attack out, a patient usually undergoes an angiogram, in which dye is injected into the coronary vessels. If it’s Takotsubo, the coronary vessels will be clear, or unblocked. An echocardiogram, or heart ultrasound, can identify the characteristic octopus-pot shape of the left ventricle to give a conclusive diagnosis. 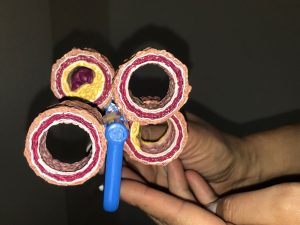 Dr. Chou says the syndrome usually self-corrects within several weeks and most patients fully return to normal. She says heart-failure medications can be prescribed, depending on the severity of the attack. These can include diuretics to get rid of any fluid that may have accumulated during the event, or beta blockers and ACE inhibitors that reduce the effects of stress hormones on the heart.

Dr. Chou says more research around Takotsubo is needed, including why it prevails among older women. One theory, she says, is that postmenopausal women have lower levels of estrogen, a hormone that helps keep blood vessels open.

There could even be an evolutionary reason, she adds. During prehistoric times, males were the hunter-gatherers and in the process of doing battle with wild animals, may have developed better ways to physically cope with stress than females. They may have developed more receptors in the heart cells to “soak up” the stress hormones they produced.

The incidence is relatively low, making up about one- to two-per-cent of suspected heart-attack cases. But Dr. Chou says that could be due to under-diagnosis. People can also experience a recurrence, and the chances are not low, about a 1.8-per-cent risk per year.  The mortality rate can be as high as eight per cent in hospital. Dr. Chou says that while Takotsubo does correct itself soon after, it’s wise to make lifestyle adjustments if possible to lower your stress levels.

And double-check if that really is an avocado.