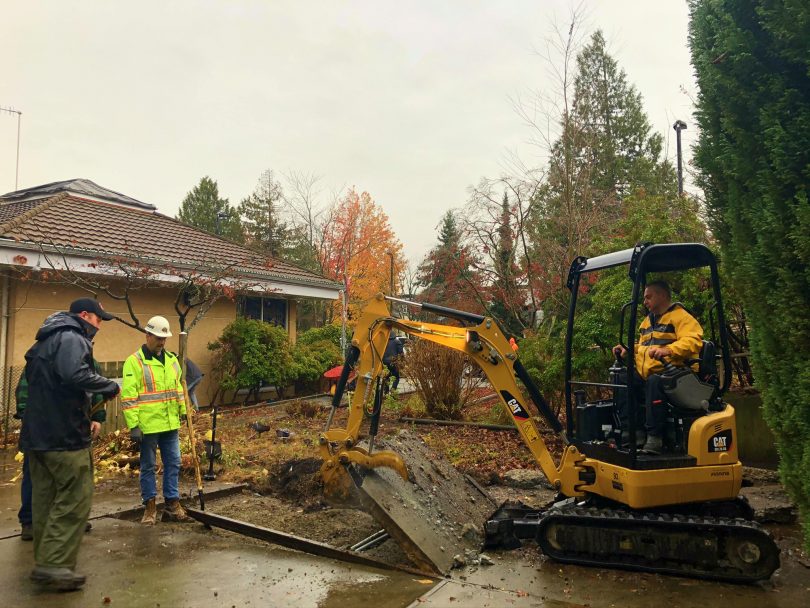 The garden at St. Vincent's: Langara, a popular place for residents and their families, was in desperate need of some attention.

The power of community transforms a garden

The patio and gardens at St. Vincent’s: Langara are an important feature in the daily life of the residents of this long-term care facility.

In the warmer months, this outside area becomes a gathering point for residents who may share a meal, some music, and conversation. 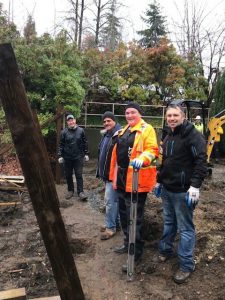 Volunteers spent an afternoon overhauling the garden at Langara.

But in recent years, the garden at the residence, part of Providence Health Care, had become overgrown and full of weeds. It was in desperate need of tender loving care.

What happened next is a testament to the power of community, of volunteers and of plain old hard work.

One of the resident’s sons works at a Vancouver real-estate and construction firm. While he and family members of other residents had been pitching in over the past year to tidy the garden up a bit, they realized that a full-scale makeover was needed to transform it into a more beautiful place for residents to enjoy.

A crew of volunteers transformed the garden

So Ben Taddei, whose mother Antonina lives at the residence, secured approval from St. Vincent’s: Langara site leader Sandra Lee and others, and a plan was hatched. But it was going to be a big job. Reinforcements were needed. He put out the call to staff at the company he works with, Conwest, to see if they would be willing to get their hands dirty.

Over 25 of them immediately said yes. And a gardening and work crew was formed. 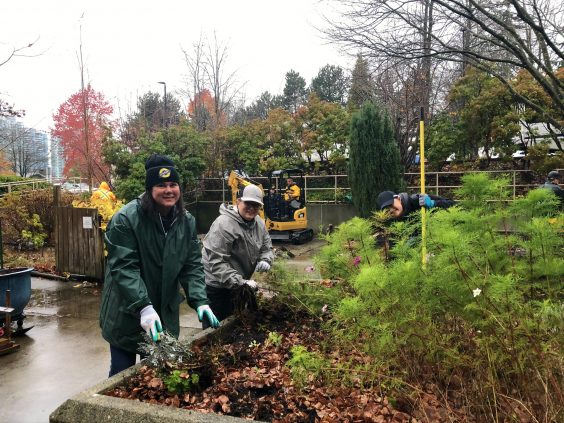 More than 25 volunteers helped with the project.

On a blustery, grey and rainy Vancouver Saturday at the end of November, the team from Conwest donned rain gear, gardening gloves and hard hats and set about tackling wayward shrubbery, unwanted weeds and fallen leaves.

They were joined by some residents’ family members and together, undertook a massive, day-long cleanup of the garden and grounds. It wasn’t just removing overgrown vegetation. They took away an old fence and shed. A new wood fence and gate were installed. Conwest even provided a company excavator to rip up aging patio tiles. Those were replaced with new ones.

A new shed and some umbrellas, funded through a grant from the St. Paul’s Foundation, will be installed next spring.

St. Vincent himself gets a restoration

The work wasn’t restricted to outside weeding, digging, raking and pruning.

Inside the atrium, the volunteers pruned all the potted plants and refurbished the St. Vincent statue that gives the residence its name. It had not been aging well.

Contributions came in forms other than elbow grease. One of Conwest’s staff came inside to seek warmth for herself and her 10-week-old baby. Then she spotted the piano inside the atrium and played music for the residents, families and staff.

Residents “awestruck” by the beautifying

The hum of activity outside was like a magnet for residents. “A lot of them watched through the large windows in the atrium as the work was being done. “They were awestruck,” says Taddei. “They spent the better part of the day just hanging around, chatting with others and thanking us. It was a great feeling to make their lives a little bit better.” 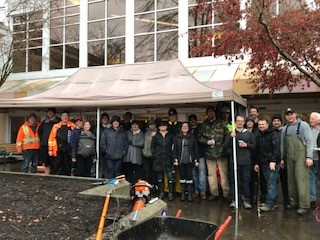 “I am extremely proud of our people,” he adds. “They are compassionate and are of great character.

The hard work resulted in a lot of sore muscles later, but the volunteers say they found the work immensely gratifying.

As for the care facility’s site leader Sandra Lee, the hard work undertaken to transform the grounds has filled her with awe. “I watched all these things happen with gratitude and felt very privileged to be part of the Langara community. 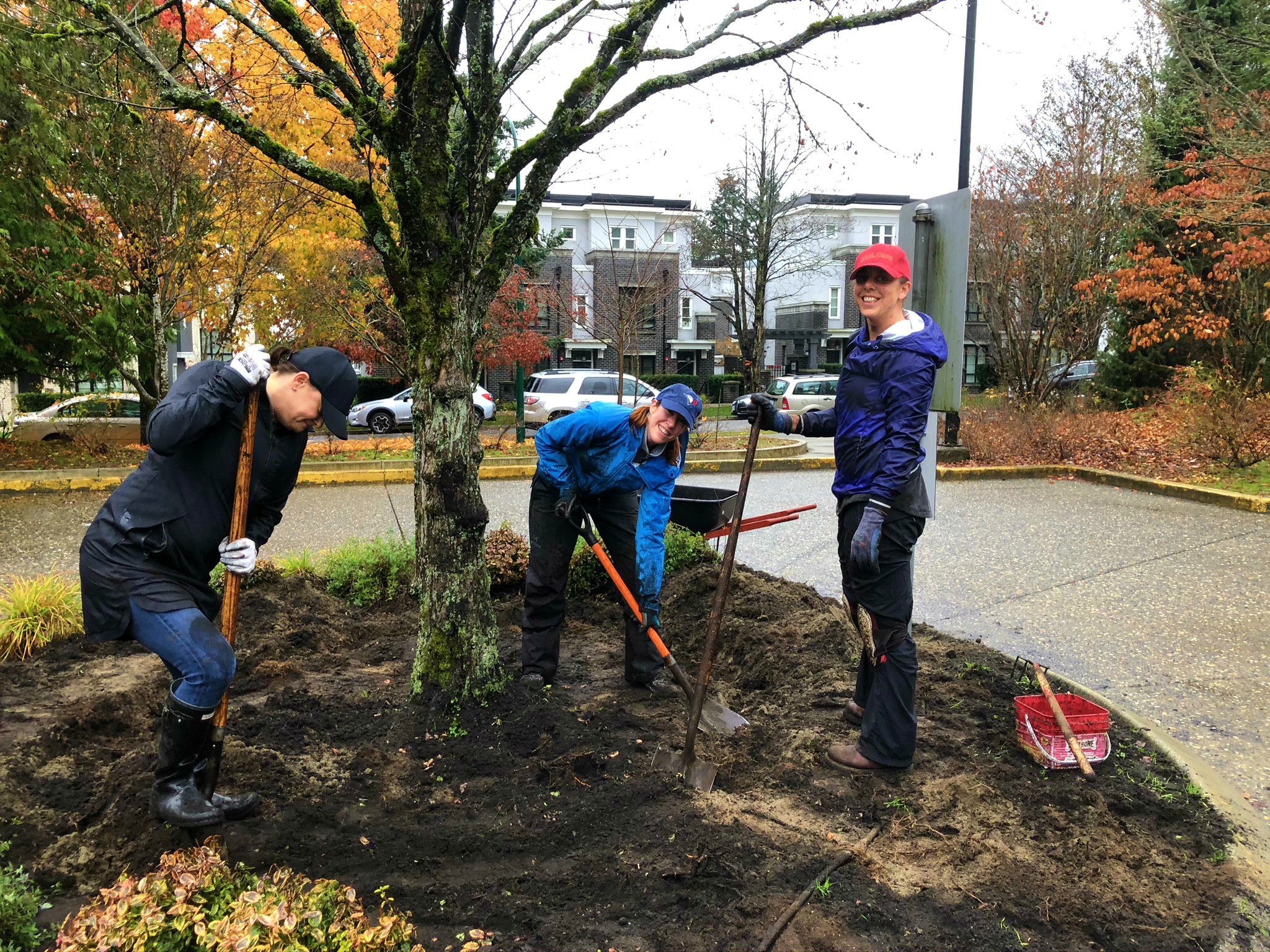 Despite the hard work, volunteers say it was gratifying to be able to make a difference for the Langara residents.

“I want to give huge thanks to Ben and the Conwest group as well as family members who volunteered on that dreary day – Benito Taddei Sr., Bonnie King, John Vincent, Murray Fox and Domenico Vincelli.”

“What they did that day is a beautiful gift.”