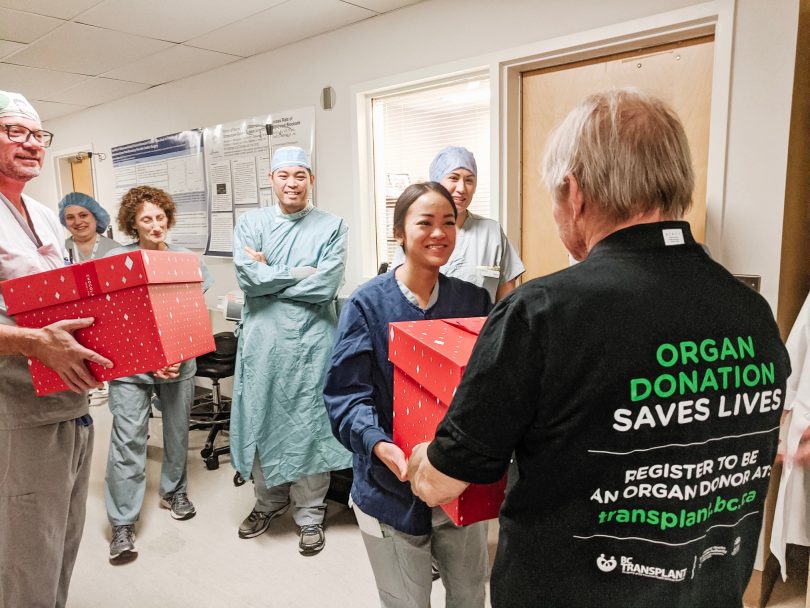 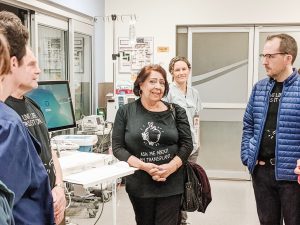 On the 17th anniversary of her heart transplant, Eunice Barriga celebrated with popcorn. A lot of popcorn. Big buckets of caramel popcorn, decorated for the festive season with giant red bows. Her guests of honour? The teams at St. Paul’s Hospital who help make organ donation possible – Cardiac Surgery ICU, ICU and the OR.

The Vancouver woman, along with several other transplant recipients and a living kidney donor, were part of BC Transplant’s Operation Popcorn delivery at St. Paul’s on Thursday. The annual event, now in its 28th year, is a chance to say thank you to the health care professionals who make organ donation a reality. 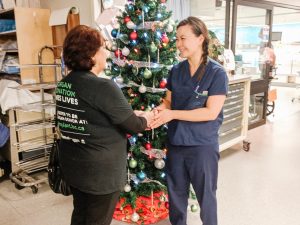 Eunice spent five months at St. Paul’s after her transplant, and says, at times, her journey was very emotional. The 68 year old has been taking part in Operation Popcorn for 15 years and looks forward to it every year, “I love saying thank you to the nurses who see their patients at their worse, and then when they are better.”

Kidney recipient Frank Broeders echoes those sentiments. His complicated medical history with type 1 diabetes ultimately involved both kidney and heart experts at St. Paul’s. The 66-year old underwent a triple bypass in 2016. The new kidney, donated by his sister, happened a year later. 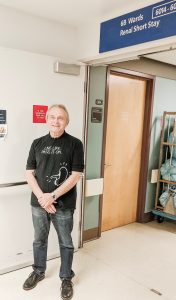 “There are many people along the way who have truly touched my heart throughout my journey and I am forever grateful to all of them,” he says. “Two people in particular I wish to recognize are cardiologist Dr. Robert Boone and nephrologist Dr. David Landsberg. They were critical in getting me to where I am today.”

Tammy Younger, Patient Care Manager for the OR, was on hand for the deliveries. She said it was emotional to see former patients doing so well, “We never really get this kind of feedback so it’s really nice to see the recipients and donors.”

So while the nurses, doctors and health care workers are all smiles about the unexpected morning treat, Frank and Eunice say, ultimately, they are the ones who are most thankful. Just being here, able to share their incredible gratitude at being gifted a second chance at life. 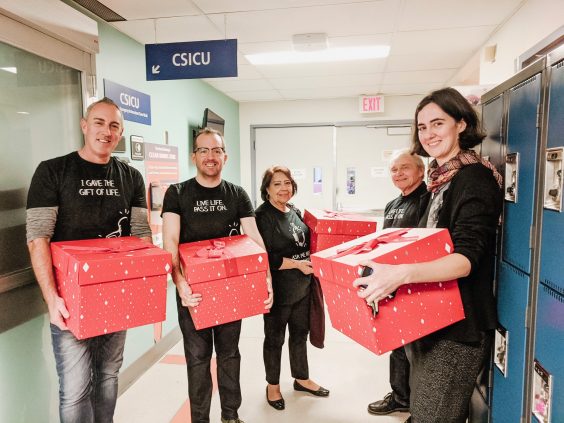 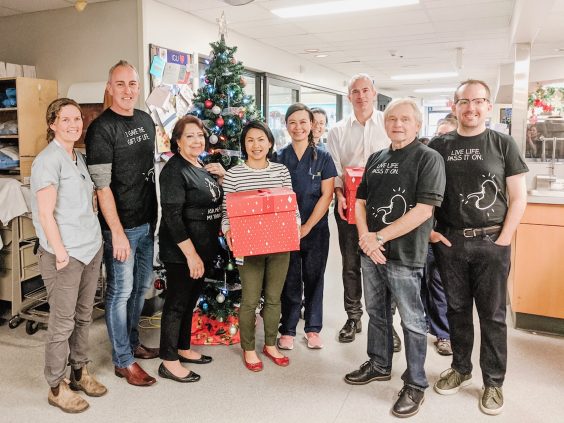 Volunteers from BC Transplant say thank you to ICU staff as part of this year’s Operation Popcorn.