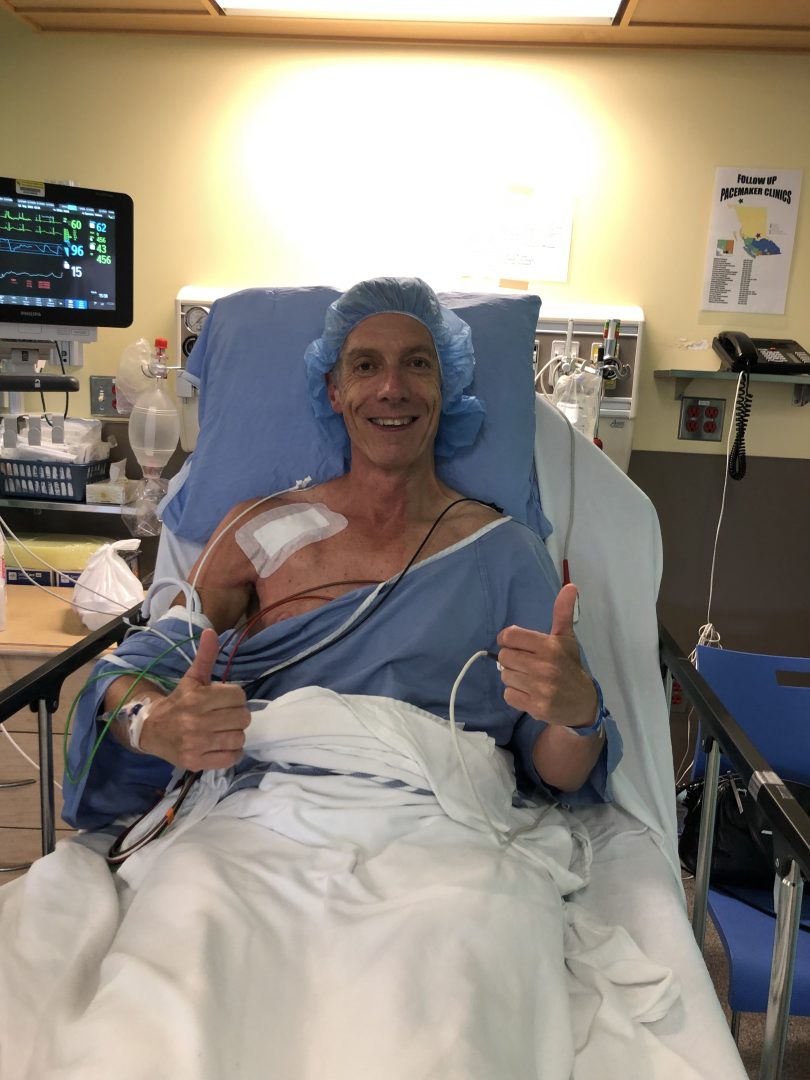 In September, Richard Atkins collapsed within the first 15 minutes of the RBC Gran Fondo Whistler, a 122 km cycling race from Vancouver to Whistler. After the first small climb, he felt faint so pulled over and soon found himself surrounded by other cyclists. He passed out and woke up in an ambulance to learn that he had suffered a cardiac arrest. CPR had been performed and his heart had been shocked twice.

Atkins, 62, was rushed to St. Paul’s Hospital’s cardiac unit where he remained for a week, receiving care and treatment from a dedicated team of medical staff.

All of this came as a surprise to Atkins, CEO of a Vancouver-based company focused on helping local and international companies grow their sales and revenues. He had been a cyclist his entire life, and an athlete since his youth, competing in cross-country, track and field, road races, soccer and cricket. He even ran the London Marathon in 1986. 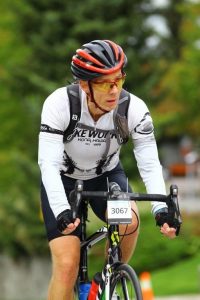 Richard Atkins was an avid cyclist and athlete prior to his sudden cardiac arrest.

“Fitness has always been at the core of my life,” says Richard Atkins.

Atkins, now a Canadian citizen, took up serious riding when he immigrated to Vancouver from the UK five years ago, and had trained extensively over the past year for the Gran Fondo. Only six weeks prior to race day, he’d placed second in his age group and in the top 30 overall in another 100 km cycling race. He’d also completed a ride from the US/Canada border to Mount Baker. His ultimate goal was to qualify for the 2020 Union Cycliste Internationale Road World Championships. He was known as one of the fittest guys in his peer group.

He considers himself extremely lucky to have been saved by professional, quick-thinking people who did the right things at the right time. He is grateful for and praises the exceptional quality of care he received at St. Paul’s.

“The team distinguishes themselves through their professionalism and communication with patients – from the most senior cardiologist to the ward/ICU teams. The experience was humbling and greatly appreciated,” says Atkins.

Dr. James McKinney, a clinical assistant professor in Providence Health Care’s and University of British Columbia’s divisions of cardiology, says that, from a medical perspective, sudden cardiac deaths during athletic events are infrequent (0.54 incidents per 100,000). 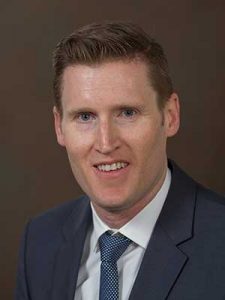 “Vigorous exercise can transiently increase the instantaneous risk of a cardiac event, but repetitive bouts of exercise ultimately lower this risk and decrease the likelihood of having a cardiac event, in addition to providing numerous health benefits. The rare instances of a cardiac arrest during exercise should not be a deterrent from people engaging in regular exercise. The benefits far outweigh the risks,” says McKinney.

Any heart-related symptoms should be evaluated

However, McKinney says that the incidence of cardiac events during long-distance endurance races is rising, which is attributable to the increasing age of the participants coinciding with an elevation in cardiovascular risk.

He says that if someone is 50 and collapses while exercising, it does not necessarily make the news, compared to the death of a young athlete, which is highly publicized.

“It’s important for any athlete over 35 who experiences any symptoms from nose to navel while exercising, including nausea and heartburn, to be evaluated,” says McKinney. “All adults should have their blood pressure and cholesterol assessed. Just because you’re fast and look fit doesn’t mean you can outrun age or risk factors.”

As in Atkins’ case, whose collapse was fortunately in close proximity to emergency services, fast treatment and  general public/first responders trained in cardiopulmonary resuscitation techniques are keys to survival.

McKinney emphasizes that the risk of death during races can be drastically reduced with appropriate automated external defibrillator (AED) placement and emergency action plans. A 2018 study published in the New England Journal of Medicine demonstrated that a group from Japan had a 100 per cent chance of neurological survival of cardiac arrest during a running race – thanks to an elaborate emergency action plan with mobile AED teams on bicycles and AEDs on foot every kilometre along the race course.

“The time from collapse to administration of CPR was less than one minute, following by AED shock being administered within two minutes. This is the optimal life-saving scenario for athletes who have cardiac arrests during athletic competitions,” adds McKinney.

For Atkins, the cause of his cardiac arrest remains a mystery. So far, no specific reason has been given for it and he was told there was nothing he could have done to avoid it. He is currently working with one of the research teams and will undergo additional testing to determine if there are any explanations, genetically related or otherwise.