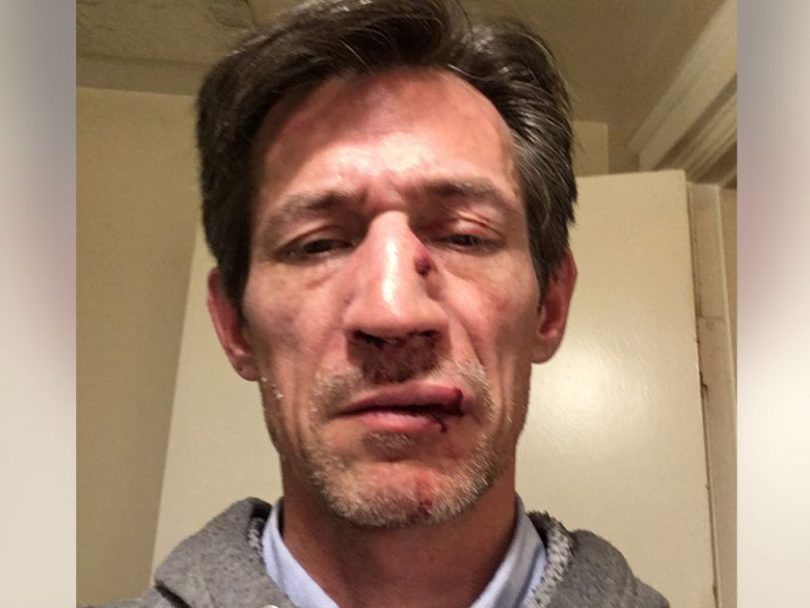 Colin Knowles says a stranger coughed deliberately in his face and then attacked him outside the Granville Street Skytrain station on Thursday. Knowles suffered a broken nose and lost a tooth in the assault (Photo credit: The Province)

“I think he was just a thug with a chip on his shoulder.”

A Vancouver man lost a tooth and suffered a broken nose after he stood up to a man who was deliberately coughing on people outside a downtown SkyTrain station Thursday afternoon.

“I think he was just a thug with a chip on his shoulder who was out messing with people,” Colin Knowles, 46, said of his attacker.

He spent some time searching, unsuccessfully, for the missing tooth on the Granville Street sidewalk before walking to the St. Paul’s Hospital, where he was patched up and underwent a CT scan.

Click here to read the full story on The Province.