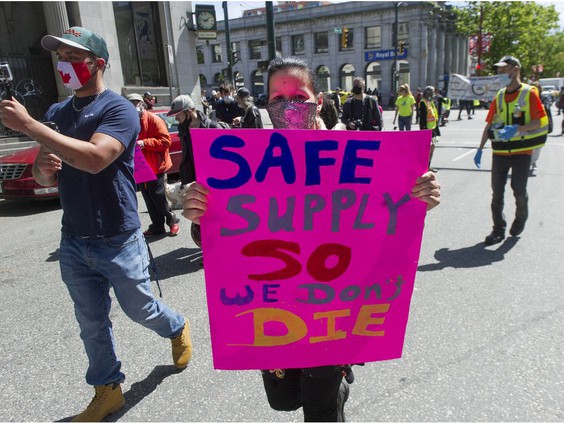 Several dozen protestors march through the Downtown Eastside of Vancouver, BC Tuesday, May 11, 2021 calling for a safe supply of street drugs. (Photo credit: The Province)

The initiative will start by offering opioid replacements, including fentanyl patches. Stimulants will come later. Prescribed heroin is not included in the program, because of a lack of supply, the minister says.

B.C. will be the first province in Canada to permanently provide access to a safe drug supply, in an effort to reduce a staggering number of overdose deaths — a groundbreaking step that is being hailed as life-saving but also criticized for taking so long to achieve and not going far enough.

Click here for the full story on The Province.

Similar story can be found on the Vancouver Sun.