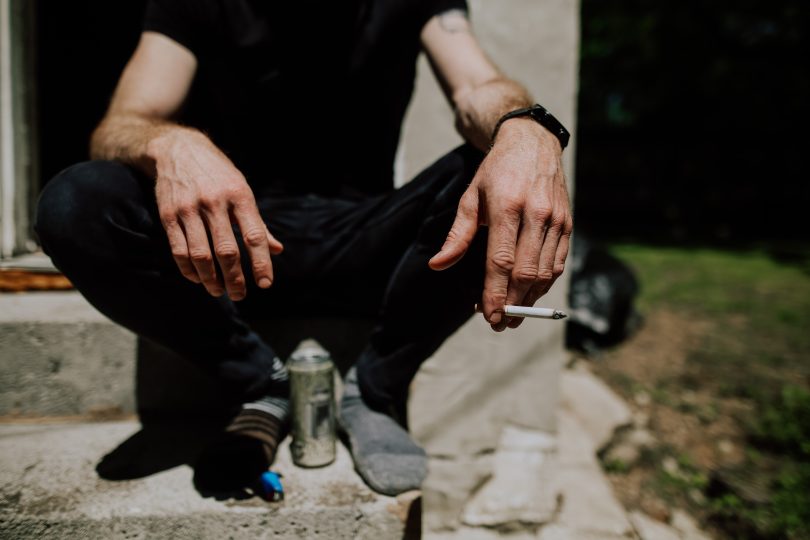 Today is Weedless Wednesday, part of National Non-Smoking Week. This is an annual event for smokers to abstain from lighting up for 24 hours. St. Paul’s Hospital endocrinologist Stuart Kreisman, also with Physicians for a Smoke-Free Canada, writes in this op-ed about differences between alcohol and tobacco prohibition. It was originally published in the Toronto Star on January 4, 2023.

One year ago, New Zealand introduced a plan called the “smoke-free generation” whereby starting in 2027 the legal age for the purchase of cigarettes will increase by a year annually in that country, so that anyone born after Jan. 1, 2009 will never be able to legally purchase them, amounting to a lifetime ban.

Last month they made it law. Malaysia announced similar plans last year, and many other countries are considering it. Over time such policies will morph into a complete ban on the sales of cigarettes, eliminating tobacco smoking entirely.

Differences between alcohol and tobacco use

The big question, of course, remains: will it work? We all know the fate of alcohol prohibition in the United States a century ago — why should we believe tobacco prohibition would be any more successful? Former New York City Mayor Ed Koch, on calling for a tobacco manufacture/sales ban in 2007, instructed “the real reason Prohibition failed is because the American public did not support it, believing correctly that most people could handle liquor without becoming alcoholics.”

There actually are four relevant differences between alcohol and tobacco use:

First, although for very many alcohol is highly addictive, dangerous or deadly, the majority of drinkers do so in a generally healthy fashion.

Second, drinking alcohol (unless one then drives, or becomes violent) does not endanger anyone other than the drinker themselves.

Third, the majority of drinkers are not actually addicted to alcohol.

Lastly, and maybe most importantly, the majority of drinkers do not want to quit.

Smoking can never be safe for smokers and others

None of the above applies to smokers. Smoking can never be part of a healthy lifestyle. No amount of smoking is safe, with the risk of smoking only one cigarette a day approximately half that of an entire pack.

Secondly, there is no way to smoke without putting others around you at risk from the dangers of second-hand smoke, even outdoors. Most people dislike, or even detest, being near someone smoking, but don’t mind if someone at the next table is quietly drinking.

Third, virtually all smokers are addicted to nicotine, one of the most addictive substances known. As a result almost no mature informed non-smoking adult ever starts smoking, with over 90 per cent starting before age 18 — we only need to get someone a little past that age and any possible misguided appeal of smoking a cigarette is forever gone. Even as things stand now, only a minority of individuals smoke, unlike drinking, which is a pastime enjoyed, at times, by a majority of society.

For these reasons a smoking ban will be in line with public desires, far differing from alcohol prohibition. By making the ban generational, older pre-existing smokers will support it as well.

There is, unfortunately, one other major reason why a cigarette ban, as currently being proposed, can succeed. Vaping. The death of 8-tracks was caused by cassettes, that of cassettes by CDs, et cetera. Today’s youth have shown a clear preference for vaping over smoking.

Accordingly, a generational smoking ban is in tune with the direction that the wind is blowing, and we should take advantage of that strong, albeit ill, breeze to achieve what would be a monumental win for society.

This is not in any way to suggest that vaping is safe. It most clearly is not, and it will take several more decades before we know the full magnitude of its risks, although they hopefully will end up being lower than that of smoked tobacco. Therefore, any steps to eliminate smoking must be combined with very strong anti-vaping regulations. There also is emerging data to suggest that dual use, the fate of many who attempt switching, may be even riskier, one more reason to be sure that we take advantage of the current opportunity to eliminate tobacco.

Alcohol prohibition failed because few wanted it. The status and characteristics of smoking in society are very different, and allows for the possibility of a successful ban. The smoke-free generation is an ingenious method of achieving such. Let’s make it happen!