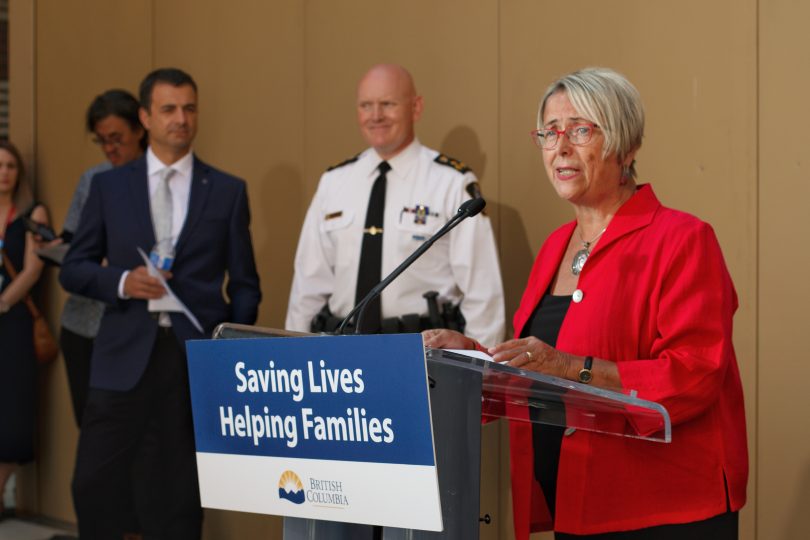 (r to l) Minister of Mental Health and Addictions Judy Darcy at the podium, with Chief Adam Palmer of the Vancouver Police Department and head of the Emergency Department at St. Paul's, Dr. Dan Kalla at the July 18, 2018 announcement of the opening of the HUB at St. Paul's Hospital.

Along with the Rapid Access Addiction Clinic (RAAC) within St. Paul’s and the Overdose Prevention Site, Canada’s first peer-led hospital-associated OPS, it is a new care model for people needing specialized mental-health and substance-use treatment, and support returning to their communities.

In its first year it has successfully evolved to reflect the needs of the people it was created to serve. The result is better care for patients, an easing of congestion in the ED and overall efficiency throughout the hospital.

This evolution of services has meant both the HUB ED and the VPFTCC are consistently operating anywhere from 87-per-cent to 100-per-cent capacity, resulting in improved patient transitions, eased patient flow and reduced cost – a savings estimated at nearly $1-million in the first year of operation. 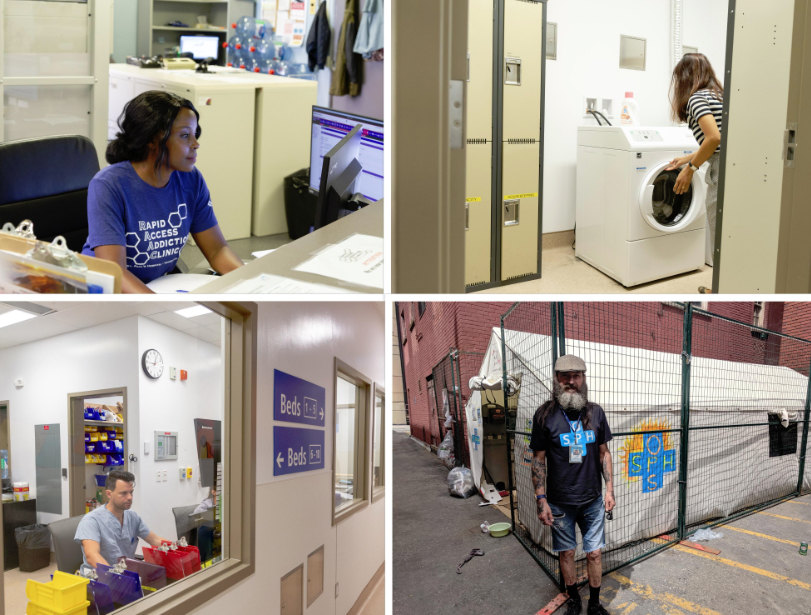 The HUB model of care: Responding to the needs of those it serves

Originally, the HUB saw people enter St. Paul’s ED, get triaged to the HUB ED, referred to the RAAC (where appropriate) for treatment, and discharged to the VPF TCC  to get them connected to housing, counselling, and financial assistance in their community.

So what changed to lead to better results? As with any new and innovative care model, the HUB adapted over its first 12 months to better serve those who need it.

“Recognizing that the current need is in fact in the services offered at the VPFTCC – supports like connecting people with housing, shelter, treatment coordination – has meant that rather than using the HUB ED as a unit for acute care, we use it as an extension of transitional care centre,” explains Blaine Bray, program director, Mental Health. “This now-joint unit of the HUB ED and the VPFTCC has been especially successful in pulling in patients from St. Paul’s who are ready for discharge but are in need of a place to stay while being connected to appropriate community services and/or while continuing to access outpatient services, such as the RAAC.”

And because the transition centre is only a stairwell away from the RAAC, patients are less vulnerable to outside factors than if they were discharged to a shelter or the street, where they have less of a chance to return for follow-up care.

“For this patient population we often say ‘one block is too far,’” says Scott Harrison, program director, Urban Health, Indigenous Health, Substance Use, Maternity & NICU, referring to the risk of returning to one’s community where triggers, dealers and old lifestyle choices may be close at hand. 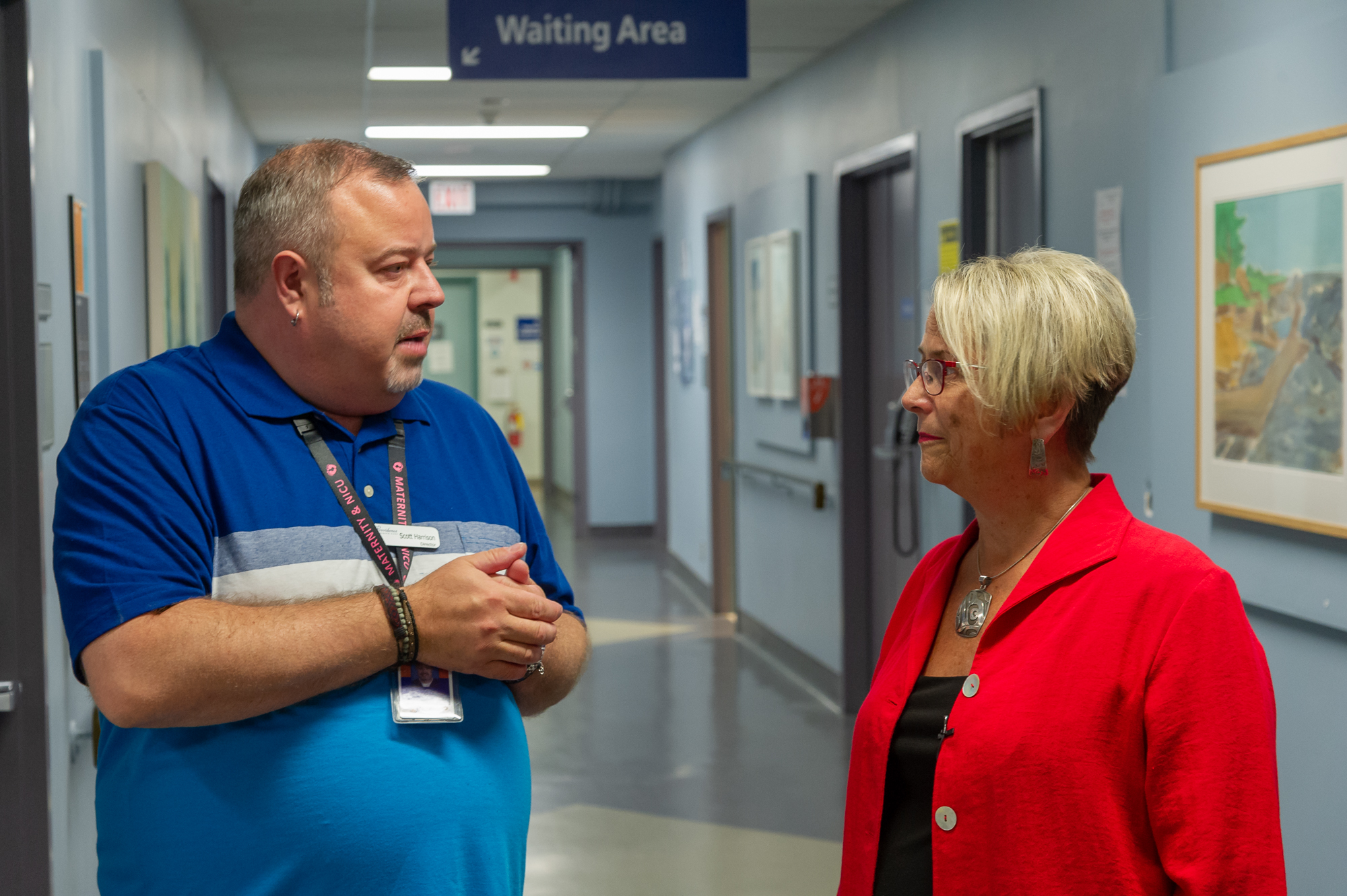 Readdressing the length of stay has also led to positive patient outcomes. Initially capped at three days, the length of stay in the VPFTCC was soon extended, allowing for stronger transitions back to community and ultimately reduced emergency readmission and congestion.

Visitors to the transition centre, previously known as ‘impossible to house’, are now in long-term housing solutions, says Scott.

As well, many VPFTCC patients with a substance-use disorder and other issues like infections have found the help they need.

“Before the VPFTCC, the majority of patients would be discharged back to their community, which would lead to a falling off in appointment follow-up,” says Bray. “Gapping on follow-up would result in patients ending up back in the ED, contributing to the department’s high congestion rates. Stronger transitions have meant a large reduction in our ED admissions, which ultimately makes for a better patient experience and significant cost savings.”

St. Paul’s will continue to look at how it cares for people who have concurrent medical, mental health, and substance use issues so they get faster access to treatment and support in returning successfully to their community.

“I’ve had many clients tell me how grateful they are to have the VPFTCC as a transitional space – it alleviates their distress and worry, and offers an opportunity for continued support and care,” Karen Custodio, registered social worker, providing social work support to clients transitioning from St. Paul’s to the VPFTCC/HUB. “For example, we had an individual who was 143 days sober but a brief relapse meant they weren’t able to return to their recovery home for 30 days. The only beds available were in the Downtown Eastside. The VPFTCC provided this person with a supportive place to stay, away from potential triggers. It’s filling a current gap.” 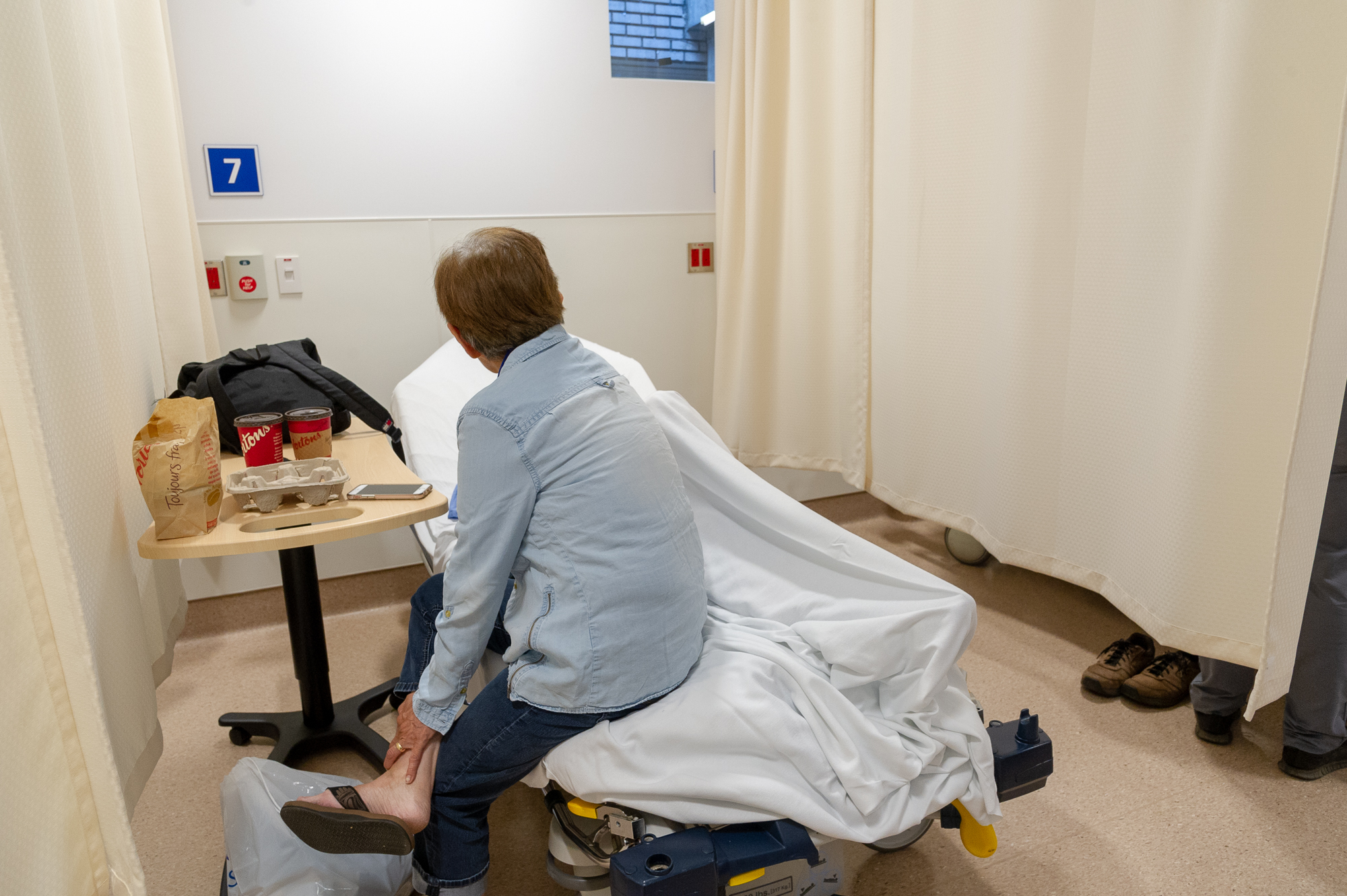 A patient and their loved one in the HUB ED.