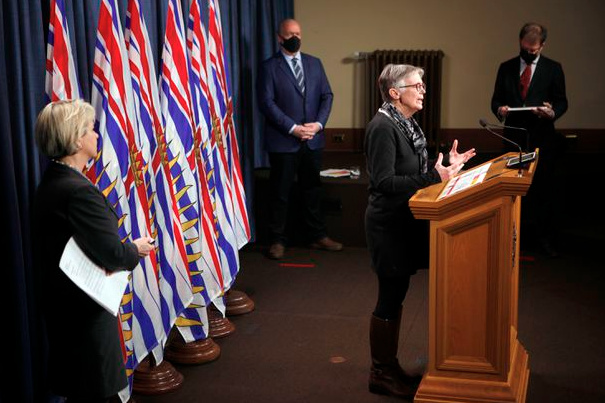 British Columbia predicts all of its eligible adults will be able to get their first dose of a COVID-19 vaccine by the end of July, two months earlier than it had originally planned.

B.C. Premier John Horgan and two top doctors chalked up this acceleration to the province more than doubling the waiting time to get the booster shot as well as a third authorized vaccine, AstraZeneca, soon arriving on Canada’s West Coast.

“It’s very, very good news for returning to life as usual, but, as the Premier says, in the meantime we still have to pay close attention to our public-health guidelines,” Penny Ballem, a long-time civil servant and medical doctor leading B.C.’s mass immunization effort, said at the press briefing Monday.