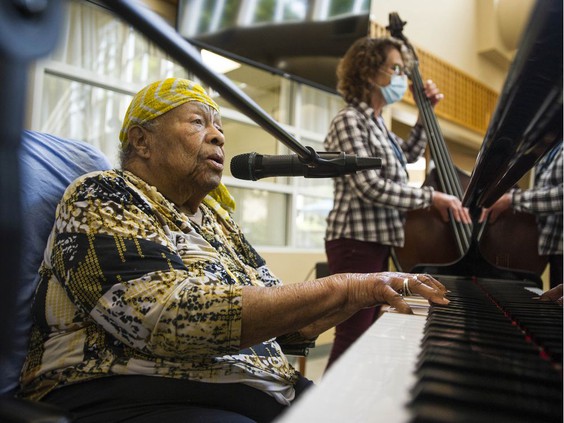 Before moving to Vancouver, Eve Duke sang with jazz legend Duke Ellington and his big band, performing under the name Yvonne Lanauze.

She recorded and toured with Duke Ellington, hobnobbed with Miles Davis and Ella Fitzgerald, and now she’s got a regular gig playing at Eve’s Cafe, a weekly jazz concert put on by Eve Duke at St. Vincent’s Langara care home.

Duke’s 96-year-old fingers glide over the keys of the grand piano in the atrium, her voice is still strong and beautiful.

The facility put out a video called Don’t Give Up the Ship in honour of B.C. Seniors Week and dedicated it to staff at St. Paul’s Hospital. While Duke’s short-term memory prevented her from taking part in the singing, she reads the introduction and helped come up with some of the lyrics.

Click here for the full story on Vancouver Sun.