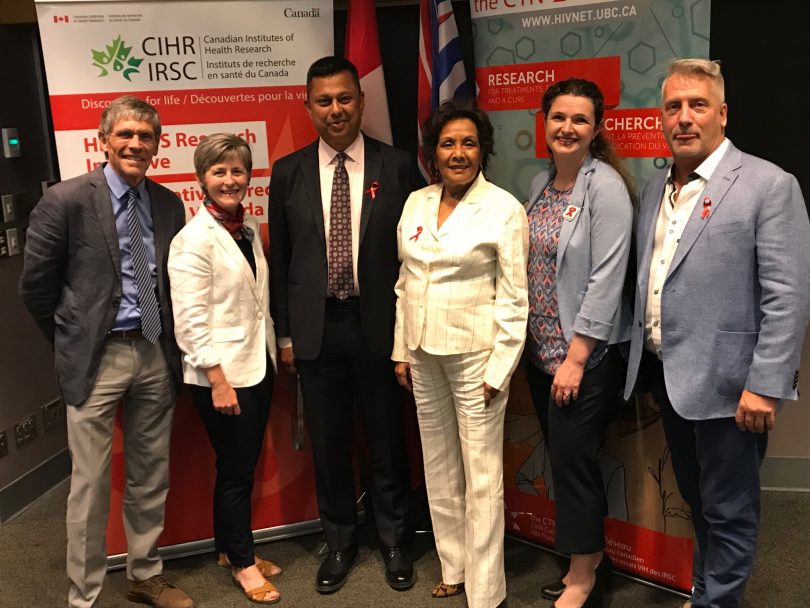 Despite strides in care around HIV/AIDS, the HIV virus continues to pose a threat to global health, with 63,000 Canadians living with the disease.

With that in mind, the federal Ministry of Health has announced an investment of $23 million towards HIV/AIDS research, spread over five years.

This investment, announced today at St. Paul’s Hospital – “ground zero” of the HIV/AIDS crisis in the early 1980s – is being made through the Canadian Institutes of Health Research (CIHR). It will focus on treatment, prevention and cure.

The funding will support the renewal of the CIHR Canadian HIV Trials Network (CTN), whose National Centre is based at St. Paul’s.

MP credits St. Paul’s for accepting HIV/AIDS patients in the early days of the virus

Since 1990, the group has been supporting a thriving community of researchers, people living with HIV and their caregivers, health advocates, and pharmaceutical and biotechnology companies to generate knowledge about prevention, treatment, management, and a cure for HIV/AIDS and other sexually transmitted and blood-borne infections.

Their findings and tools will contribute to the global search for safe and effective ways to improve the health of our populations.

Member of Parliament for Vancouver Centre, Hedy Fry, was on hand to make the funding announcement. The family physician, who said she delivered 800 babies at St. Paul’s when she worked there, noted, “(St. Paul’s) is where people had the courage not to cast people (with HIV/AIDS) aside.” She said St. Paul’s is still the Canadian leader when it comes to research into HIV/AIDS and other viruses such as Hepatitis C. As a result, British Columbia has the lowest growth rates of new cases of HIV/AIDS in the country.

CTN to work with Canadian, international networks and partners

To maximize their impact and ensure better health outcomes for Canadians, the CTN will collaborate with national and international networks and partners. For example, they will create an inclusive environment of HIV research capacity from across disciplines, sectors, and perspectives by engaging HIV basic scientists, clinical investigators, knowledge users, community members, people at risk and people living with HIV.

Darren Lausher, a Community Advisory Community Member with CTN, recounted how, in 1982, he was a participant in the first AIDS study in the world involving gay men. That study was at St. Paul’s. He has since worked to ensure that members of the HIV/AIDS community “has a voice and needs to be at the table” of research. 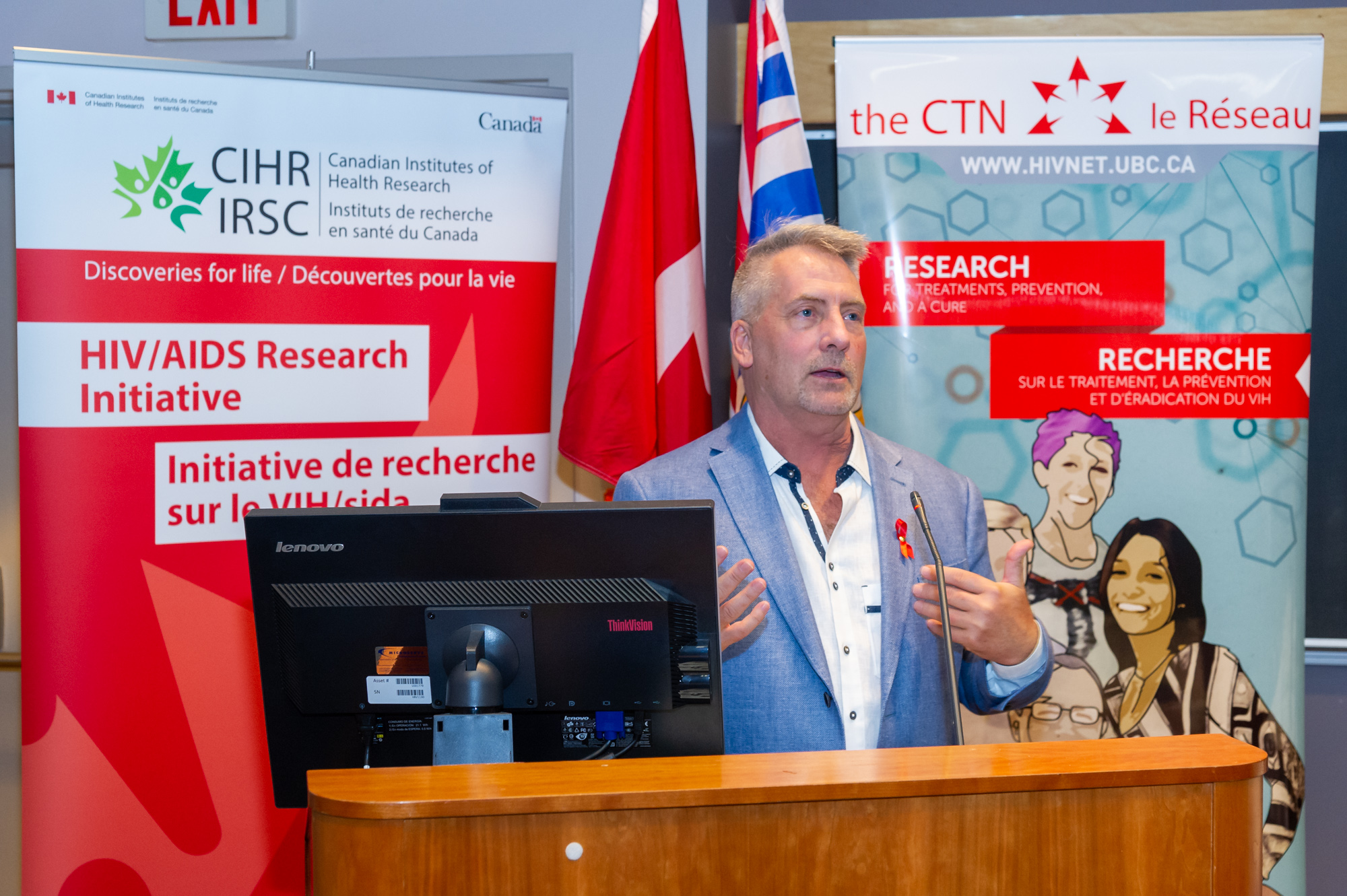 Indigenous, other underrepresented groups and those aging with HIV will be the focus of research

Dr. Aslam Anis, CTN National Director, said, “With CIHR’s ongoing support, the CTN will continue to play a key role in helping reach the UNAIDS 90/90/90 targets for HIV, globally. To achieve these goals, he says, the CTN will:

“Investments in HIV research are essential to continuing the creation of scientific knowledge that will translate into the most effective prevention strategies and treatment for Canadians living with and affected by HIV,” says Dr. Fry. “The recipients being celebrated today should be proud of their work as it holds tremendous potential to save lives.”

“I commend the researchers whose efforts aim at reducing the spread of HIV and ultimately eliminating it altogether,” says Dr. Charu Kaushic, Scientific Director of CIHR’s Institute of Infection and Immunity. She adds: “HIV is a complicated, chronic health condition that has negative health implications and carries the challenge of stigma …. CIHR salutes the proposed collaborative efforts to harness new technologies and leverage opportunities to better integrate prevention, research and care, which should help meet the complex needs of individuals across the lifespan.”