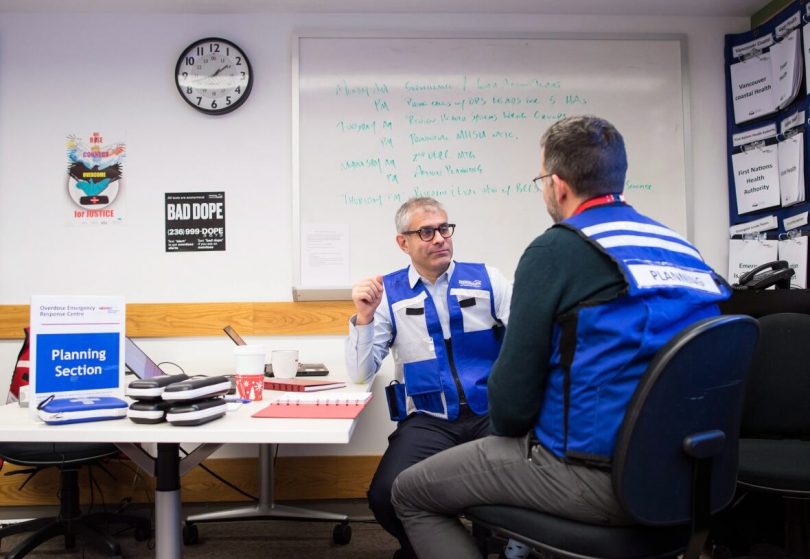 Dr. Keith Ahamad, back left, an addiction medicine physician at St. Paul's Hospital and a researcher at the B.C. Centre on Substance Use, says preventing overdoses by creating a safe supply will cost less than caring for the people who suffer brain damage from an overdose. (Photo credit: CBC News)

It was around 10:30 p.m. and Liana Wright was settling into bed in her Pitt Meadows, B.C. home when her two dogs began frantically barking downstairs. She asked her husband to investigate.

Minutes later, he started screaming her name and when she reached him, Liana saw her adult daughter, Amanda Wright, crumpled and unresponsive on the kitchen floor.

Dr. Keith Ahamad, addictions specialist at St. Paul’s Hospital in Vancouver, estimates it would be more cost effective to prevent overdoses by providing users with a safe drug supply, rather than care for people with overdose-induced brain injury victims long-term. He would like to see politicians put more resources into prevention.