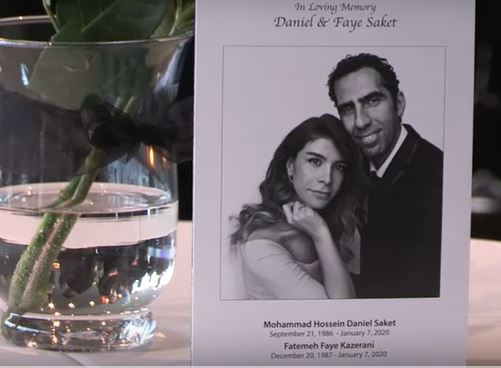 Days after 176 people died in a plane crash in Iran, the pain was still raw for those who gathered to pay respect to a North Vancouver couple.

Mohammad Hossein (Daniel) Saket and Fatemeh (Faye) Kazerani were aboard Flight PS752 that was shot down Wednesday by Iranian forces shortly after takeoff from Tehran airport en route to Toronto.

She was working as an administrative assistant for a cardiologist at St. Paul’s Hospital. Saket had spent most of his engineering career working on large international projects, including the metro system in Iran.

Click here to read the full news in the Vancouver Sun.

Similar story can be found in the following media outlet: CBC News.