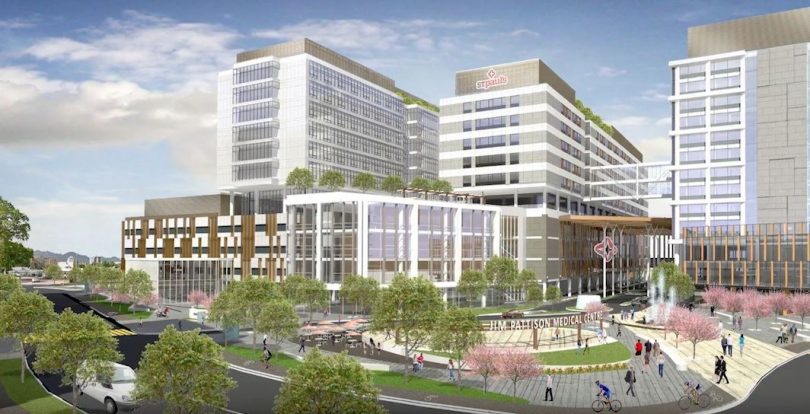 Another milestone has been reached with the project to build a new, expanded, modern campus for St. Paul’s Hospital in the False Creek Flats.

Providence Health Care, the operator of the hospital, announced today it has launched the first stage of its procurement process — the request for qualifications (RFQ) stage — inviting interested teams to conduct detail design, build, and partially finance the new medical campus.

According to a release, hospital officials will select up to three teams to proceed to the request for proposal (RFP) stage this fall. It is anticipated the RFP process will take up to one year to finalize, with construction beginning afterwards.

Read the full story on the Daily Hive.