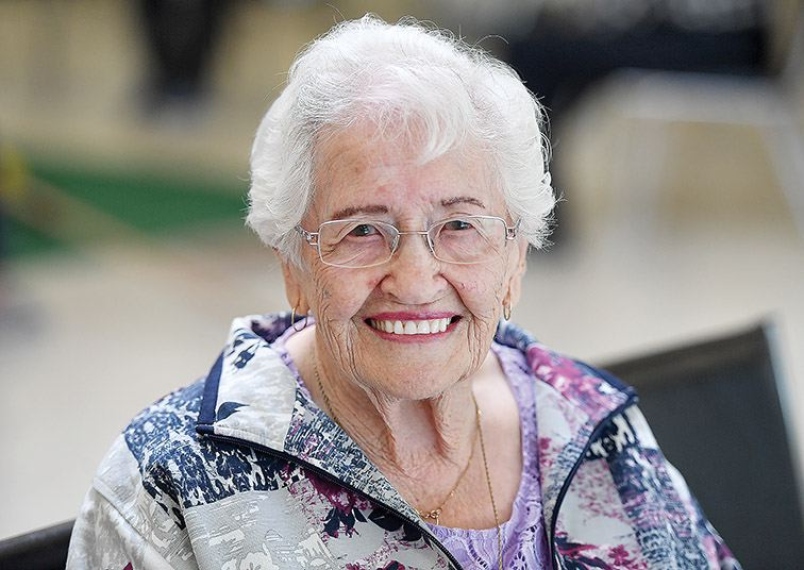 Mary Westlake has seen plenty of changes during her 100 years. (Photo courtesy of PGC)

Centenarian Mary (Ray) Westlake was born in 1919. The year 1919 was when dial telephones were introduced by the American Telephone and Telegraph company (AT&T) and the same year that the price of a postage stamp went from two cents to three cents.

Mary, one of six children, was born in Green Brier, Sask. Her father was born in Minnesota in 1892; at the age of 24 he moved to Saskatchewan and married her 18-year-old mother in 1916.

She attended a small two room school where she completed Grade 10 and then went to Fort Fraser and completed her grade 12. She graduated from high school, moved to Vancouver with a desire for a nursing career and attended St. Paul’s school of nursing for 10 months until she met Ralph Westlake.

Read the full story on the Prince George Citizen.