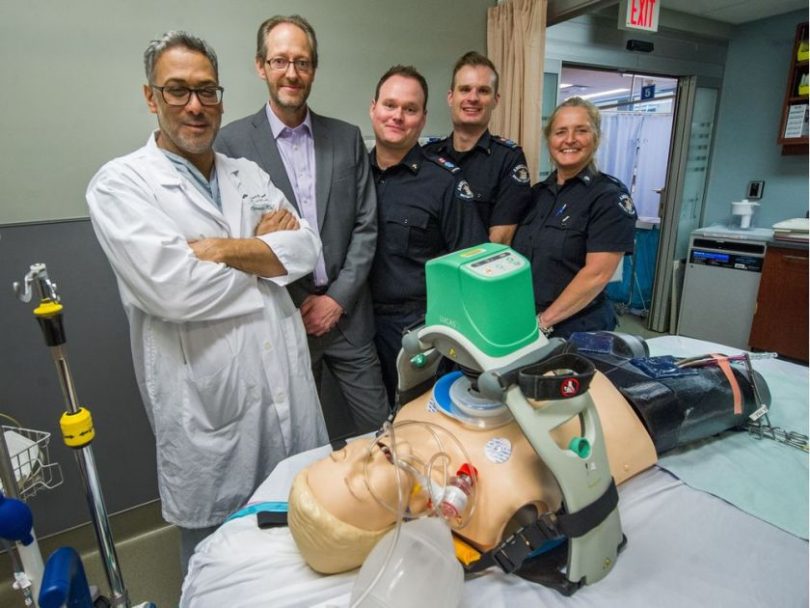 The dramatic story of Chris Dawkin’s rescue was a front-page story in a Postmedia paper last month. Among those who read the article was an anonymous donor.

On February 5, Dawkins, a 55-year-old Vancouver physician, had just completed a workout on his rowing machine when he suffered cardiac arrest. His heart had stopped beating at 6:04 p.m. after a piece of plaque broke off a coronary artery and stopped the blood supply – Dawkins was considered clinically dead.

When he arrived at St. Paul’s, a team of 15 specializing in cardiac arrest not treatable by standard therapies had been notified and was waiting. Dr. Jamil Bashir, a cardiovascular surgeon, had already performed two surgeries and was preparing to head home when he was called into emergency.