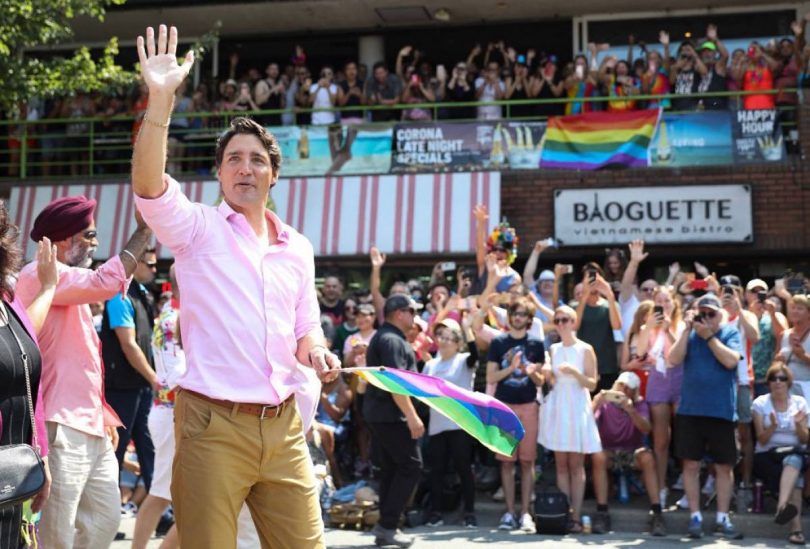 Justin Trudeau was the first sitting prime minister to ever march in a Pride parade (Photo Credit: The Georgia Straight)

Back in 2015, the Conservative prime minister of Canada, Stephen Harper, called an election on the same day as the Vancouver Pride parade.

As the march was about to begin, a huge number of New Democrats were gathered along Thurlow Street waiting for their leader, Tom Mulcair.

Click here to read the story on The Georgia Straight.

Similar story can be found on the following media outlet: Vancouver Courier.