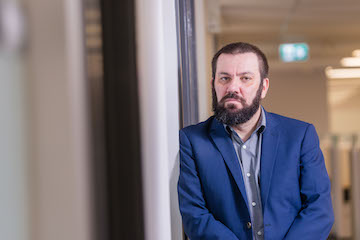 ‘This is the defining crisis of our age’

M-J Milloy sees firsthand the impact of the overdose crisis in British Columbia.

As Canopy Growth Professor of Cannabis Science at the University of British Columbia (UBC) and a research scientist at the BC Centre on Substance Use (BCCSU), Milloy works directly with people who use drugs. He and his family also live in Vancouver’s Downtown Eastside, a neighbourhood known for high levels of drug use, poverty, crime, mental health challenges and homelessness.

“The overdose crisis is something that my family and I see every day,” he said. “We’ve lost research participants to the crisis. I’ve met parents who have lost their children. As the father of an eight-year-old daughter who means everything to me, I just can’t fathom it. It’s a heavy responsibility, but it’s why we do this work—no one should ever have to lose someone as a result of something that is preventable.”

Click here to read the story on UBC News.