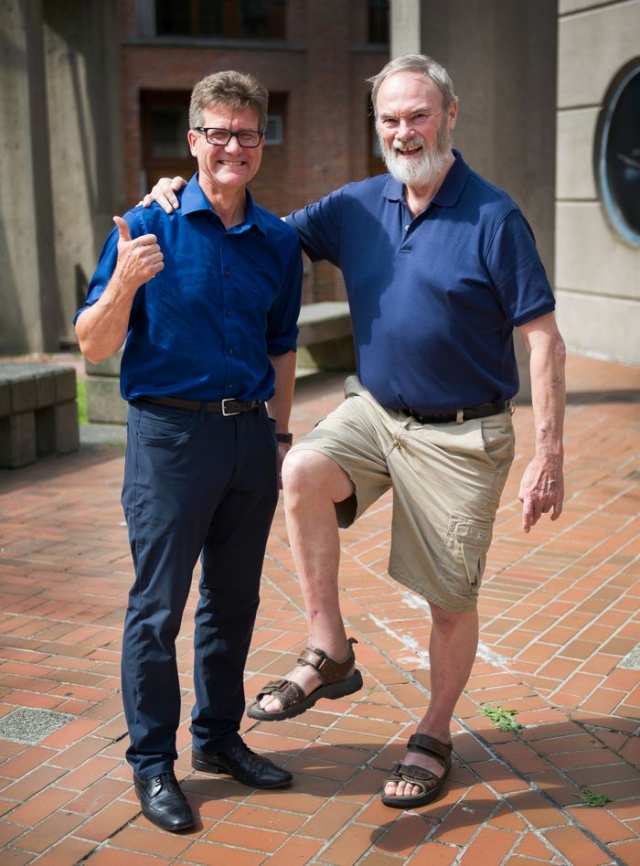 The swelling in Jefferson’s ankle has been progressively going down and he’s been walking short distances for the first time in a few years.

White Rock resident John Jefferson has been facing the possibility of a lower leg amputation since he hit a deer two years ago while on a motorcycle trip in Washington state.

Younger had heard about the procedure at a medical conference and had been to Duke University a year ago to learn about the process. He was willing to attempt it, but since it was considered experimental surgery with a new medical device, St. Paul’s Hospital and Health Canada each had to grant approval.