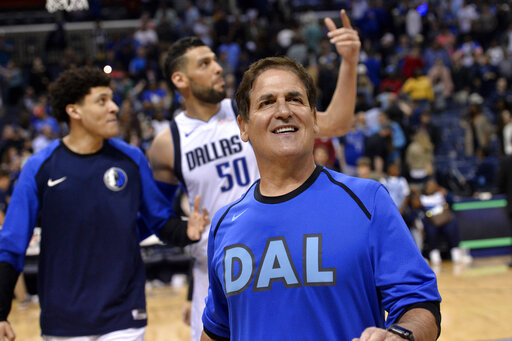 Dallas Mavericks owner Mark Cuban walks off of the court ahead of forward Justin Jackson, left, and center Salah Mejri (50) after an NBA basketball game against the Memphis Grizzlies Sunday, April 7, 2019, in Memphis, Tenn. The Mavericks won 129-127 in overtime. (AP Photo/Brandon Dill)

Billionaire and Dallas Mavericks owner Mark Cuban got in a testy exchange with social media users over health care recently.

The debate quickly shifted from the United States to the situation north of the border when one user tweeted, “In Canada, me and you (Cuban) would get exactly the same level of healthcare.”

“I can emphatically and strongly say no, that doesn’t happen at St. Paul’s,” said Shaf Hussain, spokesperson for Providence Health Care, which operates hospitals across British Columbia, including St. Paul’s Hospital in Vancouver. (St. Paul’s received a record $75 million donation from a billionaire in 2017.)

Read the full story on PolitiFact.