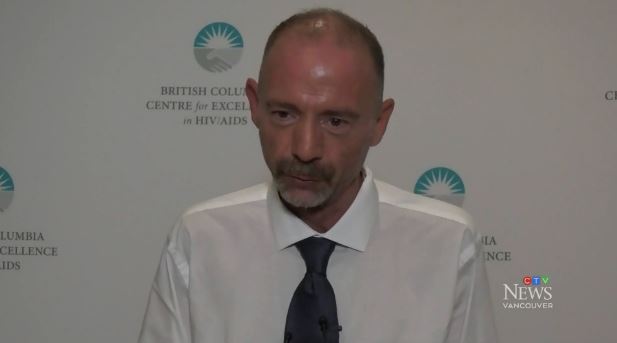 An American man who became the first person in history to successfully be cured of HIV spoke to a room full of scientists and patients in Vancouver Wednesday.

Timothy Ray Brown had been HIV-positive for 11 years when he was diagnosed with leukemia in 2007. He had a stem cell transplant the following year.

Brown was invited to Vancouver by the B.C. Centre for Excellence in HIV/AIDS.

“Tim represents the hope that one day we’ll have an HIV cure that is accessible broadly and to all.”

Read and watch the full story on CTV News.