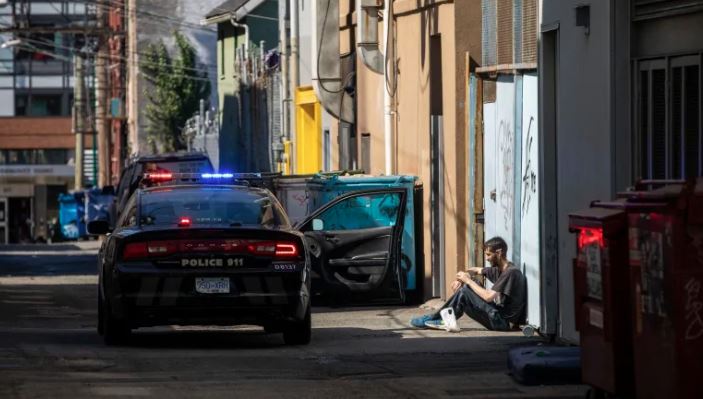 A man has an interaction with police officers in Vancouver's Downtown Eastside on Friday, Sept. 6. (Photo Credit: Ben Nelms/CBC)

Policing practices in Vancouver’s Downtown Eastside are creating barriers for people wanting to access overdose prevention sites, according to a new study by the B.C. Centre on Substance Use and the University of British Columbia.

The study also found police presence in the area increased the risk of overdose for drug users.

Researchers began collecting data in December 2016 and did more than 200 hours of fieldwork in areas near overdose prevention sites, including interviews with 72 people who use drugs.