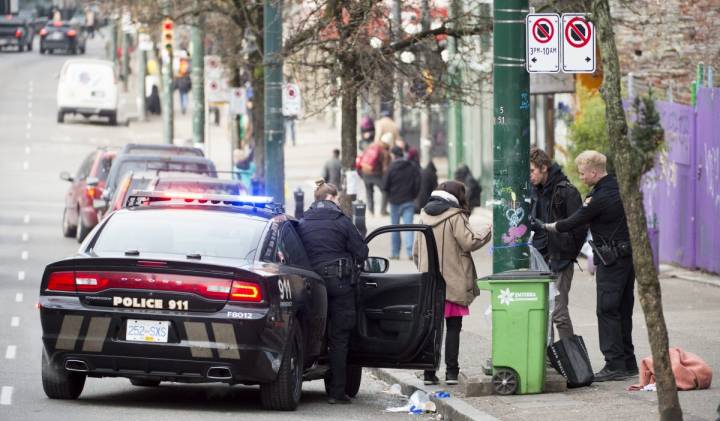 Police speak to a man and woman on East Hastings in Vancouver's Downtown Eastside, Thursday, Feb 7, 2019. (THE CANADIAN PRESS/Jonathan Hayward)

Vancouver police say they don’t plan to change the way officers patrol the Downtown Eastside (DTES) despite a new study suggesting the force’s policing practices are negatively impacting overdose risk in the community.

The study, released Wednesday by researchers from the B.C. Centre on Substance Use (BCCSU) and the University of British Columbia, says policing practices in the DTES may actually be increasing overdose risks.

Click here to read the full story in the Global News.