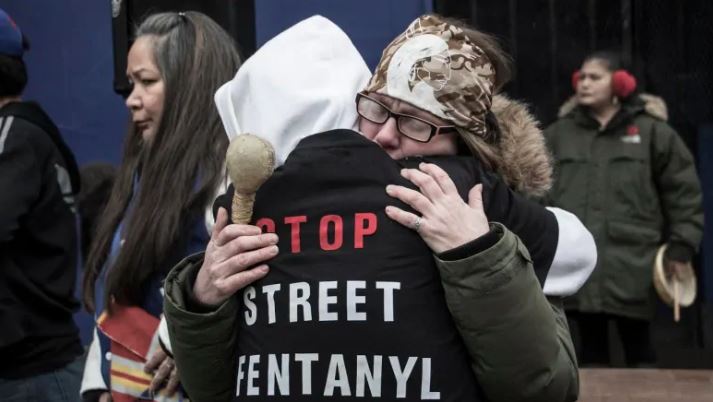 People on the front lines of the opioid crisis have long said creating a supply of clean drugs and removing the criminal element will cut down on the number of people dying of overdoses in British Columbia.

Over 4,500 people have died from drug overdoses in B.C. since 2016, the year the province declared a public health emergency, and coroners reports show fentanyl was involved in approximately 85 per cent of those deaths.

Melissa Nicholson, a clinical nurse educator at Providence Health Care’s Urban Health Program, said the overdose prevention site at Vancouver’s St. Paul’s Hospital has had 12,400 visits since it opened in May 2018. She said the opioid epidemic is so bad because of the abundance of contaminated street drugs.