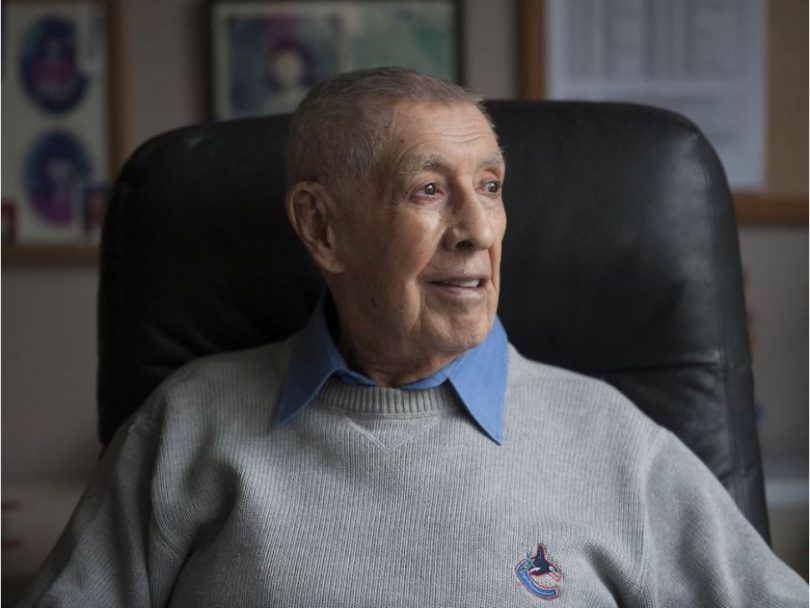 The Vancouver Canucks are celebrating their 50th season in the National Hockey League. But the name didn’t originate with the NHL — the Canucks was the name of a minor league team that started playing at the Forum in 1945-46.

Only one player is left from the original Canucks — Ernie Dougherty. But he cautions he wasn’t a regular on the 1945-46 squad.

“You’ve got to let the people know I was strictly a utility player,” said Dougherty. “But I outlasted everybody else.”

Similar story can be found in the following media outlet: Daily Stock Dish.