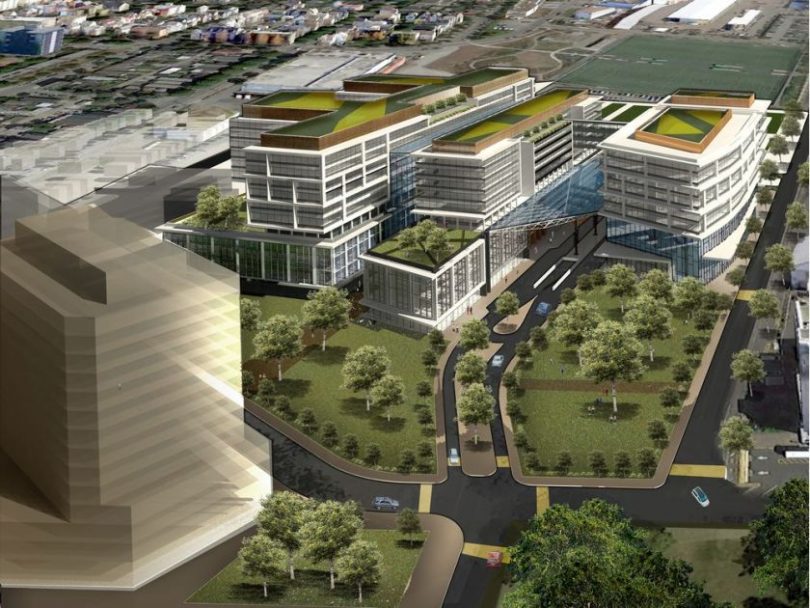 The new St. Paul's Hospital will feature a state of the art hearing loss centre, funded through $12 million in equal $6 million commitments from a Rotary Club foundation and the hospital's own fundraising arm. (Photo courtesy of the Vancouver Sun)

Description: Of the 285 P3 projects in Canada, the health sector accounts for more than a third. This past year saw a number of new and completed projects from coast to coast to coast. Nova Scotia is in procurement for its $2-billion Queen Elizabeth II Health Services Centre Redevelopment. Earlier this fall, Ontario released a pipeline of 10 health-care projects coming in the next five years, including refurbishments or expansions to Kingston General Hospital and Hamilton Health Sciences. On the Prairies, the Saskatchewan Hospital North Battleford has opened, replacing a century-old facility with a modern and integrated mental health and correctional complex. In British Columbia, the RFQ has closed for the design, construction and partial financing of Vancouver’s new downtown health campus: the $1.9-billion St. Paul’s Hospital. In Canada’s North, the Stanton Territorial Hospital has opened in the Northwest Territories and Nunavut has started looking at a business case to consider using the P3 model to build new elder care homes in the Kitikmeot and Kivalliq regions.

Click here to read the full story in the Daily Commercial News.