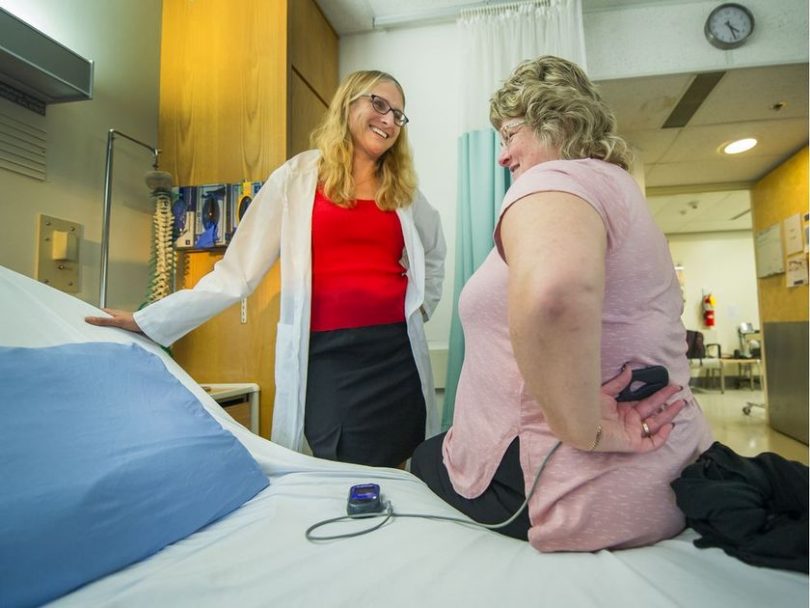 Rebecca Clements has finally found relief from the disabling, chronic back pain that has plagued most of her life, thanks to an implanted neurostimulator that delivers electrical impulses to block pain signals to her brain.

Clements, a 55-year-old Vernon resident whose severe pain was triggered by a fall as a teenager, has had two operations at Royal Columbian Hospital on herniated discs, but neither provided relief from her unrelenting pain. A few car accidents exacerbated her misery, she said.

After decades of suffering, she was finally referred to Jill Osborn, an anesthesiologist and pain management specialist at St. Paul’s Hospital. Osborn suggested Clements consider spinal-cord stimulation that involves implanting a neurostimulator that is like a pacemaker for the spine. It’s been demonstrated, in numerous studies, to reduce pain in patients with certain types of chronic pain.

Click here to read the full story in The Kingston Whig-Standard.

Similar story can be found in the following media outlet: CBC News.