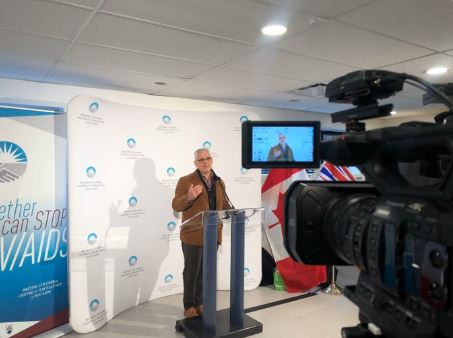 VANCOUVER — “AIDS is no longer an epidemic in B.C.”

That landmark declaration was made by Dr. Julio Montaner Sunday at his newly renovated lab on Vancouver’s Downtown Eastside. Montaner is the executive director and physician-in-chief of the B.C. Centre for Excellence in HIV/AIDS, credited with helping to dramatically reduce the number of new infections in the province.

Click here to read the full story in the CTV News.

Similar stories can be found in the following media outlets: The Globe and Mail and Toronto Star.