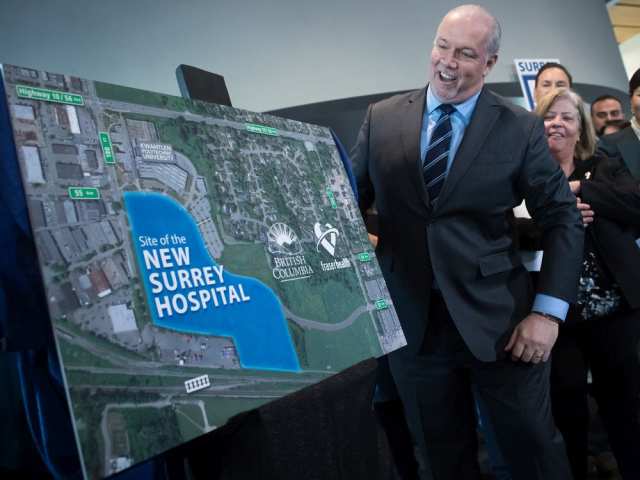 One of the fastest-growing cities in B.C. is getting another hospital to serve its growing population, the B.C. government announced Monday.

It will be at least 2021, or even later, before construction can start on what Premier John Horgan called one of the largest capital plans in Surrey history, which is estimated to cost between $1 billion and $2 billion.

The building will be constructed in Cloverdale, beside the Kwantlen Polytechnic University at 55th Avenue and 180th Street, on provincial land, and will technically become Surrey’s second hospital after Surrey Memorial, although the Peace Arch Hospital in White Rock serves South Surrey residents.