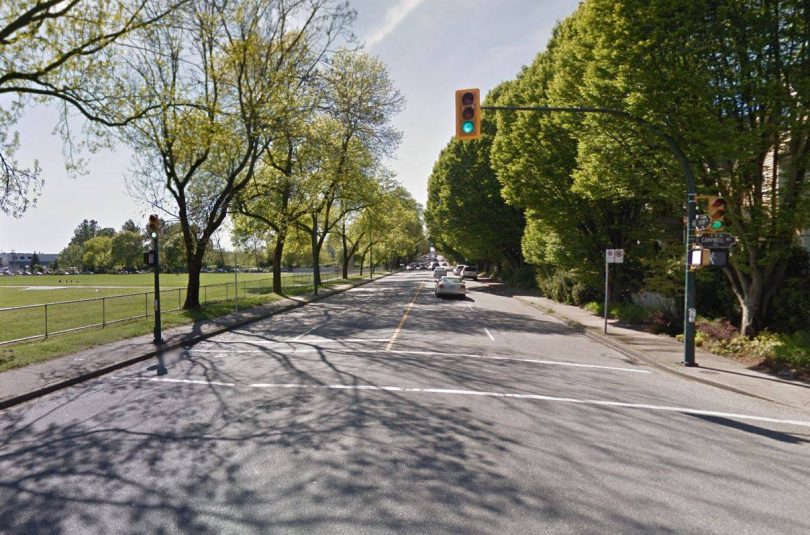 A view of Prior and Venables Street near Strathcona Park in Vancouver. (Photo credit: Global News)

One of Vancouver’s major arterial routes will get a whole lot slower starting Monday, as the city fulfills a long-standing promise to calm Prior and Venables streets.

The year-long pilot project will see the road get reduced to just one lane of traffic in each direction between Gore and Raymur avenues, including during peak commute times.

Despite the calming measures, the city is also moving ahead with plans to keep traffic moving once the viaducts are removed and the new St. Paul’s Hospital is built.

Click here to read the story on Global News.