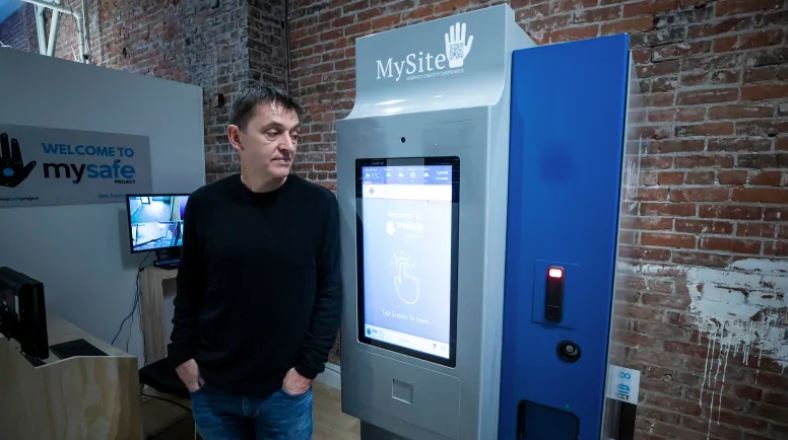 VANCOUVER — Don Durban holds his palm up to a screen on a tall steel box akin to a vending machine crossed with an ATM that displays his first name and an identification number seconds before dispensing what he calls a life-saving plastic package.

Durban, 66, takes out two small hydromorphone pills and leaves a storefront with the heroin substitute he gets there four times a day as part of a program aimed at tackling an overdose crisis that has killed an estimated 5,000 people in British Columbia since 2016.

Dr. Mark Tyndall came up with the idea for the machine. He stocks it with hydromorphone delivered by a pharmacy for drug users whose urine has been tested for the presence of fentanyl.