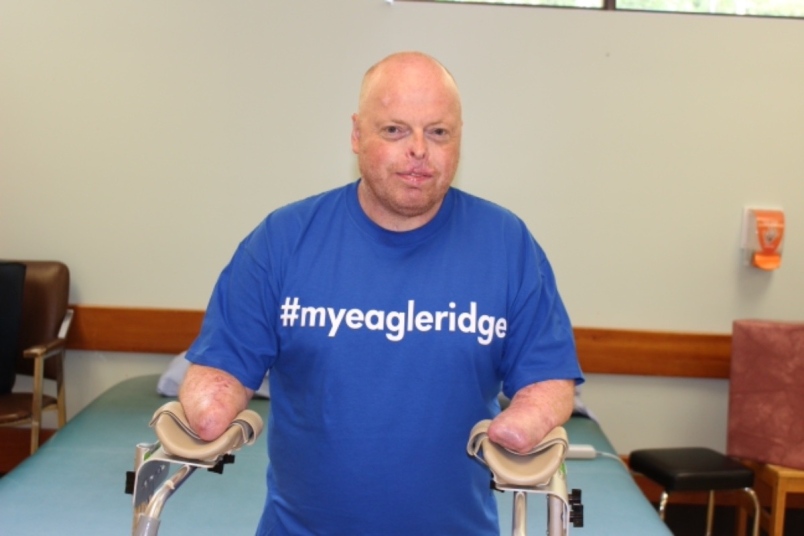 After loosing both feet and hands, Rick Thompson went through an initial round of rehab at Eagle Ridge Hospital in Port Moody. Now he's getting set to move to Ontario for a double hand transplant, the first of its kind in Canada (Photo credit: Tri-City News)

Coquitlam’s Rick Thompson — who lost all four appendages — is set to receive two new hands in the first operation of its kind in Canada. But first, he needs some financial help.

A Coquitlam man is set to be the first patient to ever receive a double hand transplant in Canada five years after bacterial meningitis — and septic shock — took his hands and feet.

In April 2015, Rick Thompson woke up in the middle of the night with what he thought was a 24-hour bug.

Despite all those hurdles, doctors at St. Paul’s Hospital in Vancouver put Thompson in touch with a team of physicians at University Hospital and St. Joseph’s Health Centre. In total, a team of 14 surgeons and several other specialists from both health facilities agreed to risk the complicated procedure.

Click here for the full story on Tri-City News.