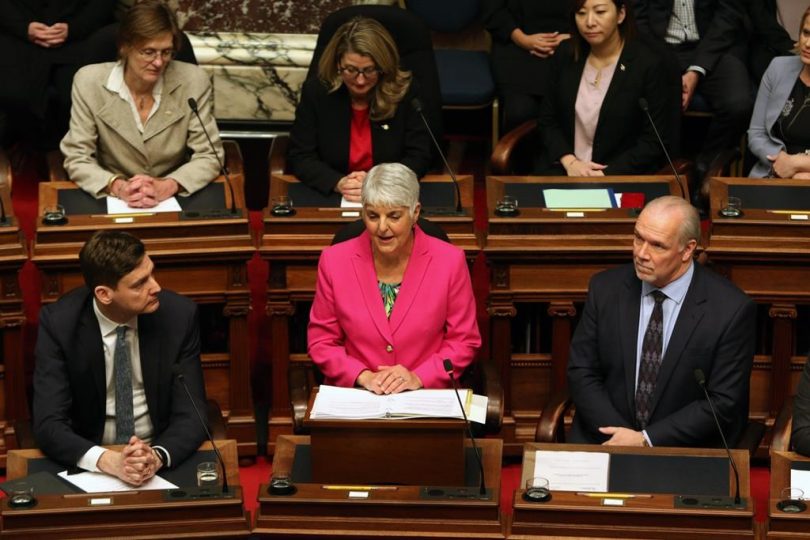 Top income earners and pop drinkers were hit with new taxes in Tuesday’s B.C. budget, which continues the government’s focus on capital spending for schools, hospitals and transit.

Finance Minister Carole James is introducing a new 20.5 per cent tax bracket that will cover the top one per cent of income earners in B.C., or those earning more than $220,000 annually.

James said the government will also start charging the provincial sales tax of seven per cent on sweetened carbonated drinks to help address the health and economic costs of the beverages.

James said a record $22.9 billion will be spent on capital projects over the next three years including money for the new St. Paul’s Hospital in Vancouver, student housing and schools for kids in kindergarten to Grade 12.