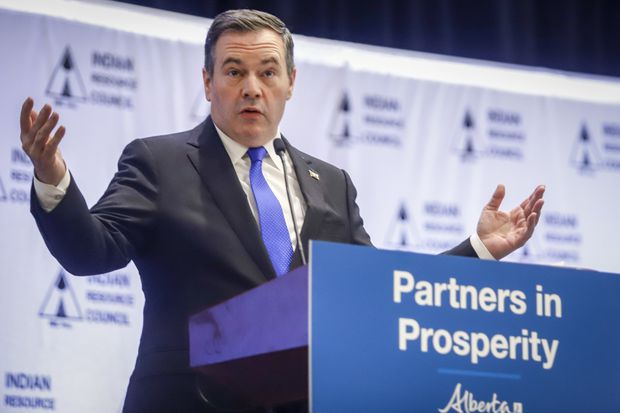 Alberta Premier Jason Kenney delivers remarks at a conference in Calgary on Feb. 26, 2020. Alberta, under the United Conservative Party, insists this does not mean it is ending the province’s injectable opioid agonist treatment program (Photo credit: The Globe and Mail)

The Alberta government has closed its injectable opioid treatment program to new patients, and people with addictions who are already receiving drug therapy through these facilities have one year to transition out of the effort.

Alberta, under the United Conservative Party, insists this does not mean it is ending the province’s injectable opioid agonist treatment (iOAT) program. Instead, the government argues it extended the previous government’s pilot project by one year and will reconsider future funding after receiving an evaluation report.

The British Columbia Centre on Substance Use last month released preliminary findings for an iOAT study. Roughly 93 per cent of the 91 people in its study reported a decrease in illicit opioid use while using injectable replacement therapy; 41 per cent accessed other health services while in an iOAT program; and 90 per cent said they did not overdose while participating in the therapy.