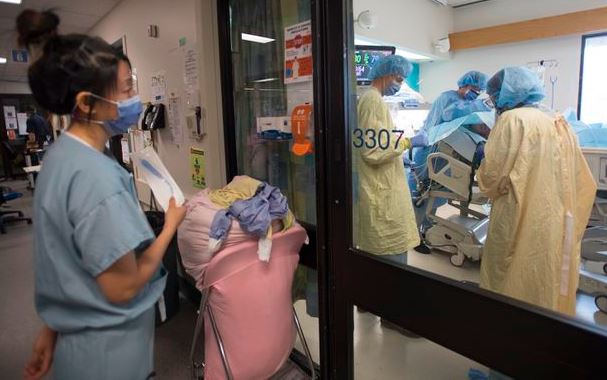 A nurse stands by with additional equipment outside a COVID suspect patients room in the COVID-19 intensive care unit at St. Paul's hospital in downtown Vancouver, Tuesday, April 21, 2020. (Photo credit: The Globe and Mail)

The federal government’s stockpile of emergency equipment and medicines, meant to provide surge capacity for all provinces and territories, had a $3-million baseline budget, according to the agency in charge of the program.

Newly released numbers show the budget for the National Emergency Strategic Stockpile, or NESS, is lower than it was a decade ago and is substantially lower than the budget for at least one provincial stockpile.


“Since 2012-13, the annual base funding for the NESS has remained stable and been approximately $3-million a year,” said a statement late Thursday from Public Health Agency of Canada (PHAC) spokesperson Tammy Jarbeau.