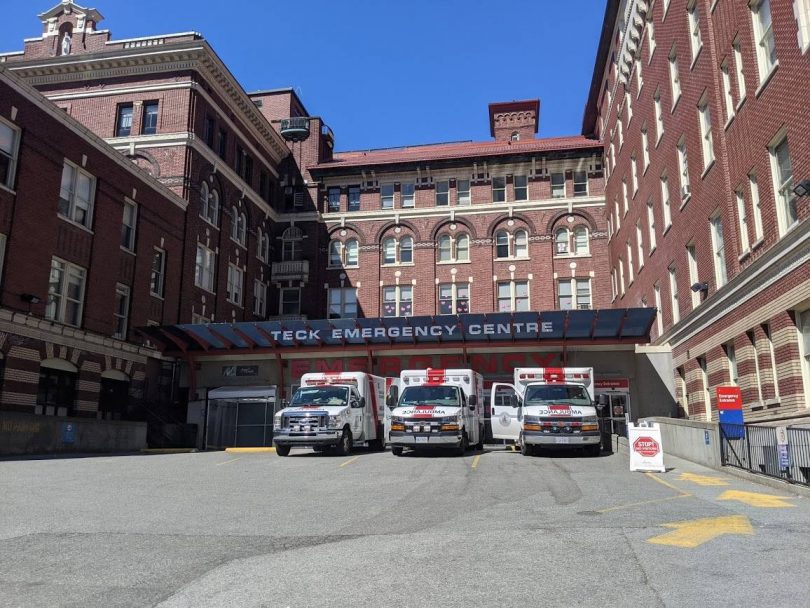 Police made an arrest following the theft of a van at St. Paul's Hospital. (Photo credit: Global News)

Vancouver police have arrested a man following the theft of a supply van from St. Paul’s Hospital early Friday morning.

Police say they received a report just before 1 a.m. that a 2008 Pontiac Montana van with the keys left inside was stolen from the hospital’s underground parking lot.

“With the help of a tracking device on the van, police were able to track the vehicle to the area of Powell Street and Commercial Drive,” Const. Tania Visintin said in a release.

Click here to read the full story on Global News.

Similar story can be found here: Vancouver Is Awesome and Vancouver Sun.