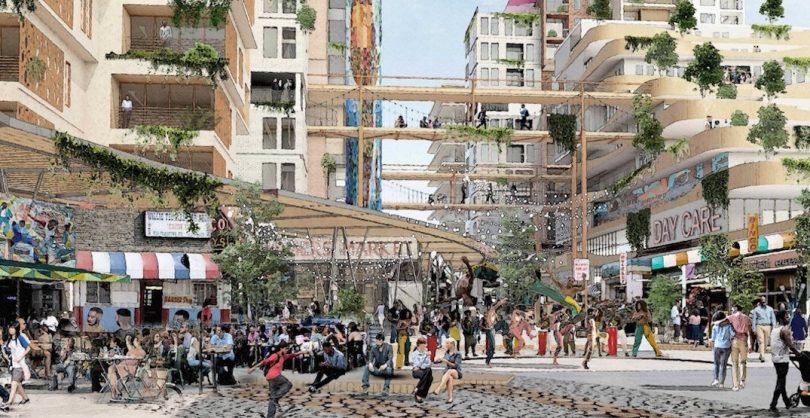 What exactly is Hogan’s Alley in Vancouver, and what are the proposed plans for its future?

It was Vancouver’s first enclave for some of the city’s early Black Canadian immigrants, located within a T-shaped intersection at what is now the easternmost end of the Dunsmuir and Georgia viaducts — immediately south of Chinatown.

These businesses will also be supported by the economic activity that can be expected from the foot traffic of the new St. Paul’s Hospital campus, located just across the new Pacific Boulevard immediately to the south.