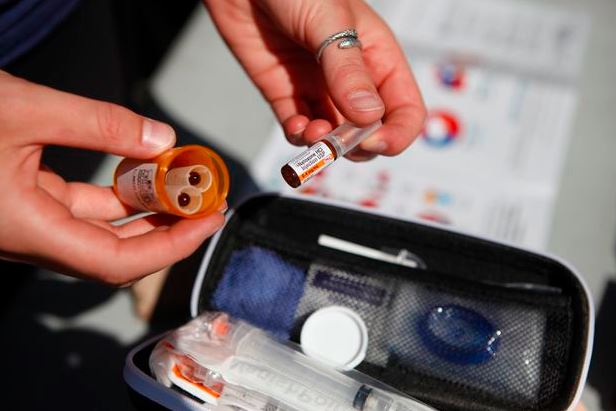 An organizer displays a naloxone kit that people can pick up for free as International Overdose Awareness Day training seminar takes place at Centennial Square in Victoria, B.C., on Saturday August 31, 2019. (Photo credit: The Globe and Mail)

Indigenous and civil liberties groups say the British Columbia government failed to consult them before proposing legislation that would force youth under 19 to stay in hospital after an overdose.

The province announced its plan to amend the Mental Health Act last month, saying youth could be kept in care for up to seven days in order to stabilize them and create a treatment plan that would involve parents.

However, Dr. Keith Ahamad, an addictions specialist at St. Paul’s Hospital in Vancouver, said there aren’t enough treatment beds available for either youth or adults.

Similar stories can be found at the following media outlets: CBC News, Powell River Peak, and The Tyee news.